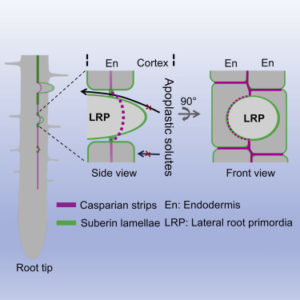 Casparian strips, named after the German botanist Robert Caspary who discovered them, are a cellular feature found in the roots of all higher plants. They are ring-like lignin polymers deposited in the middle of anticlinal cell walls (parallel to the root radius) between endodermal cells. Along with suberin lamellae (glycerolipid polymers), Casparian strips play a regulatory role in nutrient transport. Li et al., show that the lcs2-1 (low calcium sensitive 2-1) mutant, isolated from an ethyl methanesulfonate (EMS) mutagenized M2 population of A. thaliana, has a defect in Casparian strip formation and accumulates enhanced levels of suberin. They showed that lcs2-1 is allelic to another gene that they identified independently, LORD OF THE RINGS 1 (LOTR1) (named after the novel by J.R.R. Tolkien). The authors also showed that suberin deposition functions as an apoplastic diffusion barrier at lateral root emergence sites, where Casparian strips are disrupted. (Summary by Mather Khan). Curr. Biol. 10.1016/j.cub.2017.01.030 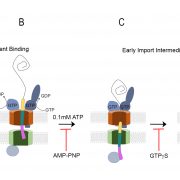 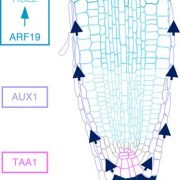 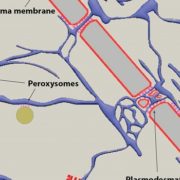