This webinar was recorded Thursday, November 18, 2021

This webinar was organized celebrate the November 2021 Plant Physiology Focus Issue on Architecture and Plasticity. It was hosted by the Focus Issue editors, Ronald Pierik, Christian Fankhauser, Lucia Strader, and Neelima Sinha; and it featured talks from three of the authors whose work is included in the issue, Jiani Yang, Sebastian Soyk, and Miyo Morita. 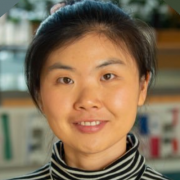 Jiani Yang is a developmental biologist. She did her PhD work with Donald McCarty at the University of Florida, where she investigated the fundamental role of plastid translation during plant embryogenesis. Then she joined Andrea Eveland’s lab at the Donald Danforth Plant Science Center as a postdoc, where her current work focuses on dissecting the gene networks that control inflorescence branching and meristem differentiation in maize and Setaria viridis (green foxtail), a model panicoid grass. Jiani’s research goal is to better elucidate the gene networks that modulate meristem identity and determinacy in grass inflorescences and how they interface with plant growth hormones. 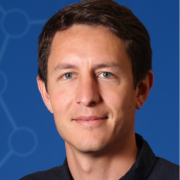 Sebastian Soyk is an Assistant Professor at the University of Lausanne. He completed his undergrad studies at the University of Heidelberg in Germany. For his PhD he moved to the lab of Samuel Zeeman at ETH Zurich in Switzerland, where he studied connections between sugar metabolism and gene expression during plant development. As a postdoc he joined the lab of Zachary Lippman at the Cold Spring Harbor Laboratory in the United States to study the genetics and genomics of crop domestication. Now, with his group in Lausanne, he tries to better understand the genetic mechanisms that underlie plant stem cell control and regulate flowering in plants, as well as how these processes were shaped during crop domestication and breeding. 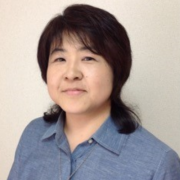 Miyo Morita received a PhD from Kyoto University (Japan) on the DNA packaging mechanisms of bacteriophages. She worked as a postdoc in the Heat Shock Protein (HSP) research institute, Kyoto, where she identified a thermosensor built in RNA for the heat shock response of E. coli. In 1999, she joined Masao Tasaka’s Lab in the Nara Institute of Science and Technology (NAIST) as an assistant professor and started to study the molecular mechanism of plant gravitropism. In 2013, she launched her own lab at Nagoya University as a professor before moving to the National Institute for Basic Biology in Okazaki, Japan, in 2018.

elink.io | See Original
Plantae Webinar: Translational Plant Science: We all want to achieve it, but... 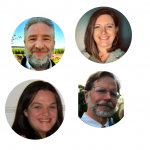 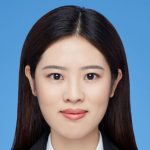