The genetic blueprint for the production of proteins is stored in the DNA of a plant cell. In a first step, the enzyme RNA polymerase II generates messenger RNA copies of the DNA segments (genes) in the complex process of transcription. The mature messenger RNA is then exported from the nucleus to the cytosol of the cell and is used there as template for protein synthesis. Therefore, the production of messenger RNA critically determines which proteins, and how much protein, is present in the cell at any given time. 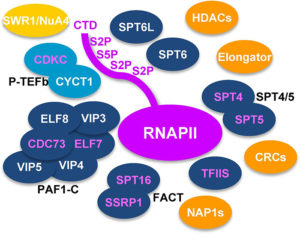 Historically, the initiation of messenger RNA synthesis was considered the most important control step in transcription. However, more recently it has emerged that the actual copying process, called transcription elongation, is also tightly regulated by a diverse number of proteins called transcript elongation factors (TEFs).

Antosz et al. addressed the question to which extent various TEFs associate with actively transcribing RNA polymerase II in an elongation complex to yield efficient messenger RNA synthesis. In addition, they investigated whether certain other factors that process the newly synthesized messenger RNA also interact with the elongation complex.

Using cultured cells of the model plant Arabidopsis thaliana, a range of TEFs was found to associate with actively elongating RNA Polymerase II. Among these interactors several proteins were identified that so far have not been considered to be involved in transcription elongation. Analysis of mutant Arabidopsis plants deficient in different combinations of TEFs demonstrated that certain TEFs cooperate to control distinct aspects of plant growth and development.

Future challenges include understanding how the different TEFs and mRNA processing proteins are recruited to the elongation complex and elucidating the details of their complex interactions. 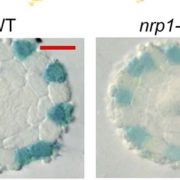 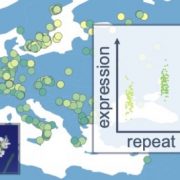 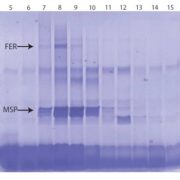 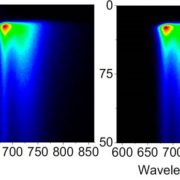 GET with it: Targeting of tail-anchored proteins via the GET system
0 replies