The thylakoid membranes are located in the stroma of chloroplasts and house the machinery for the photosynthetic light reactions. They emerge largely de novo during the transition from pro-plastids into mature, photosynthesizing chloroplasts. Generating new thylakoid membranes requires a supply of lipids, the biosynthesis of which is thought to occur on the chloroplast inner envelope. Different models, involving direct membrane contact sites, vesicle trafficking, and lipid-binding proteins, have been proposed to explain how the lipids are transferred from the envelope to the thylakoids during periods of thylakoid membrane expansion. By searching the Arabidopsis genome for candidates, Hertle et al. identified a predicted lipid-binding protein (CPSFL1), which localizes to the chloroplast and is essential for photoautotrophic growth. Electron microscopic imaging showed a severely underdeveloped thylakoid network in cpsfl1 mutant plants. The mutant chloroplasts also seemed to completely lack vesicles normally seen at/near the inner envelope in the wild type. Combined with data from in vitro lipid binding assays, these results indicate that CPSFL1 acts in a chloroplast vesicular trafficking pathway that plays a major role in thylakoid membrane biogenesis. (Summary by Frej Tulin) Proc. Natl. Acad. Sci. USA 10.1073/pnas.1916946117 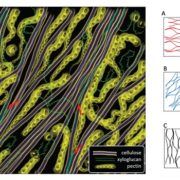 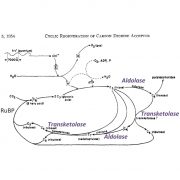 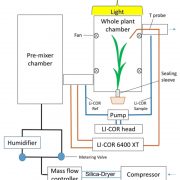 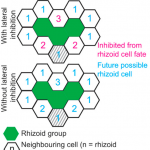 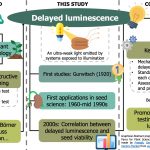