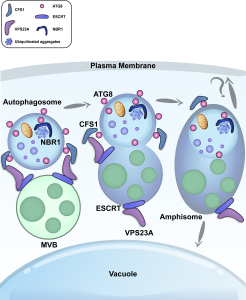 Some of the most fascinating questions in biology, subject to numerous Nobel Prizes, center on how all the parts of a eukaryotic cell are spatially and temporally coordinated, to allow the plethora of often incompatible functions to occur in harmony. Studies in three major systems, yeast, metazoans, and plants, reveal many commonalities arising from their long-gone common ancestor, but also divergences. Protein and organelle turnover or recycling is just as important as synthesis for proper cell function. Here, Zhao et al. identify a key facet of this process in plants, the delivery of material from the autophagosomes to the central vacuole. Autophagosomes (“self-eaters”) are conserved, double-membrane bound structures that participate in nutrient homeostasis, defense, and differentiation. Previous studies identified ATG8 as a conserved membrane-bound protein specifically found on autophagosomes. Using ATG8 as bait, the authors identified CFS1 (cell death related endosomal FYVE/SYLF protein 1) as a key protein that binds to both the autophagosome and multivesicular bodies, bringing them together into a compartment called an amphisome. The authors propose that vacuolar trafficking is organized as a “hub and spoke” type distribution system, where amphisomes serve as sorting hubs for multivesicular bodies and autophagosomes. (Summary by Mary Williams @PlantTeaching) J. Cell Biol. 10.1083/jcb.202203139 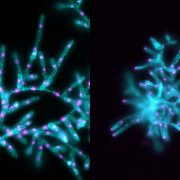 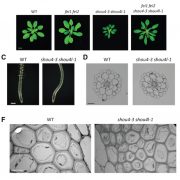 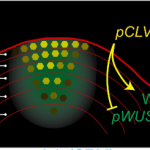 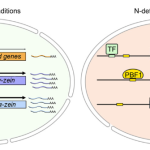 Nitrogen-dependent binding of the transcription factor PBF1 contributes to the...
Scroll to top