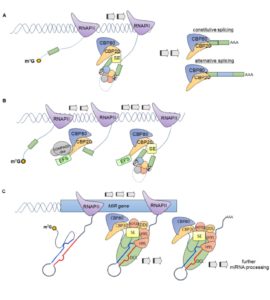 The nuclear cap-binding 16 complex (nCBC) in higher eukaryotes specifically binds to the monomethylated (7-methylguanosine (m717 GpppN)) cap structure at the 5¢ end of freshly transcribed mRNA. In addition to protecting mRNAs from degradation by exonucleases, the nCBC functions in transcription, polyadenylation, splicing, miRNA biogenesis and the nuclear export of capped RNAs. Growing evidence suggests that nCBC-guided RNA metabolism plays a central role in the plant’s response to phytohormones like ABA and ethylene and to abiotic stresses such as salt and drought. Mutations in the genes encoding the two nCBC subunits CBP20 and CBP80 have become an important tool for elucidating the role of the nCBC in plant species such as Arabidopsis thaliana, Solanum tuberosum (potato), and Hordeum vulgare (barley). The present review focuses on the role of the nCBC in mRNA processing events in plants and on the cellular response to ABA and abiotic stress. 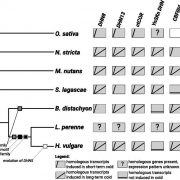 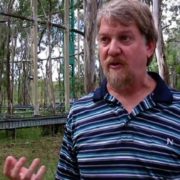 Blue Light Perception via Chlorochrome? — Give Us the Greens of Summer
Scroll to top