The authors first determined the structure of the catalytic domain of XOAT1: it consists of two unequal lobes separated by a deep cleft with a Ser–His–Asp catalytic triad located at the bottom of the cleft (see Figure). The overall conformation of this catalytic domain is distinct from any structures deposited in the Protein Data Bank, but the α/β/α arrangement of the larger lobe shares some similarities with members of the GDSL-like lipase/acylhydrolase family.

To address the catalytic mechanism of XOAT1, the authors then determined whether XOAT1 showed any site preference along the xylan backbone by continuously monitoring the products released by the enzyme. XOAT1 specifically transferred O-acetyl moieties solely to the 2-position of the xylan backbone. However, longer incubation times saw the spontaneous migration to the 3-position in the absence of XOAT1, which is therefore not enzyme-driven. Next, the authors asked whether an acetyl-enzyme intermediate formed during XOAT1 catalysis. Toward this end, they incubated XOAT1 with acetyl donors in the absence of acetyl acceptors, digested the enzyme with trypsin, and analyzed the resulting peptides by mass spectrometry. Their results confirmed the formation of an acetyl-enzyme intermediate within the catalytic triad, suggesting a double-displacement mechanism for the O-acetylation reaction catalyzed by XOAT1. Finally, mutagenic analyses and molecular simulations substantiated the indispensable role of the catalytic triad and revealed the ability of the cleft on the surface of the protein to act as a substrate binding groove to stabilize acceptor and donor substrates. The authors conclude that XOAT1 catalyzes xylan 2-O-acetylation through a double displacement bi-bi reaction involving the formation of an acetyl-enzyme intermediate.

The structural and functional characteristics of enzymes responsible for polysaccharide modifications are essential for understanding how plants build their cell walls to accommodate growth patterns. Thus, the structural information and working mechanisms of XOAT1, revealed in this study, represent a major step towards deciphering the mechanisms involved in shaping the plant cell wall. It also sets the stage for future research to explore how to produce plant biomass more amenable for enzymatic digestion and release of these trapped sugars. 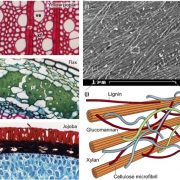 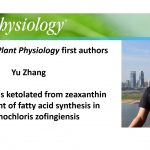 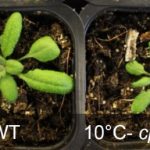