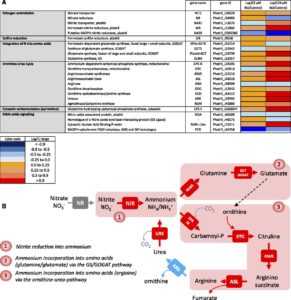 All gases in the N cycle, including nitric oxide (NO), are present in oceans, either because of gas exchanges at the air-water interface or because they are produced within oceans themselves. NO, a physiologically important gaseous transmitter, is generated in seawater by nonbiological photochemical reactions, large-scale electrical discharges, and enzymatic activities in organisms living in the aerobic photic zone or in oxygen minimum zones. The impact of marine NO is of especial interest in the case of diatoms because it has previously been suggested to act in population size control. More specifically, NO was reported to mediate programmed cell death in response to high concentrations of the diatom-derived aldehyde 2E,4E/Z-decadienal (DD). Dolch et al. (10.1104/pp.17.01042) have re-examined these claims using a strain of the marine diatom Phaeodactylum. Two major enzymatic pathways can produce NO in aerobic conditions: these involve either a nitric oxide synthase (NOS) that uses Arg as a substrate, or a nitrate reductase (NR) that uses nitrite as a substrate. The authors could not conﬁrm previous reports of the production of NO by a nitric oxide synthase (NOS)-like activity in Phaeodactylum (indeed, the gene for such an enzyme is lacking from the genome). Rather, the authors found that NO is produced in Phaeodactylum via a nitrite-dependent pathway,. The authors caution, however, that not all diatoms lack an NOS gene and that the nitrite-sensing system might be different in NOS-containing diatoms. NO does, however, redirect carbon ﬂux toward the production of triacylglycerol, at least partly via transcriptomic reprogramming. This NO-dependent remodeling of carbon metabolism seems to depend, at least partly, on the presence of the Orn-urea pathway, producing fumarate as a sideproduct. The authors propose a revision of the physiological and ecophysiological role of NO in diatoms, and suggest that its role is related to the environmental nitrogen status and more speciﬁcally the level of nitrite. They do not rule the possibility that an anthropogenic increase of NO in the environment could alter N assimilation systems and act as an important stressor at the ecosystem level. 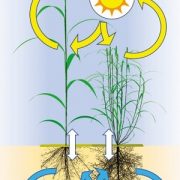 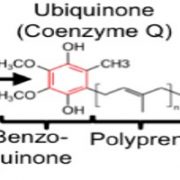 Questions about Coenzyme Q? A New Genetic/Metabolic Study Has Answers 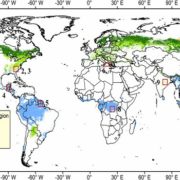