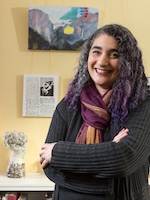 Jennifer Nemhauser has been studying plant hormones, signaling networks and development for a long time. Before taking her faculty position at the University of Washington in 2006, Jennifer did her doctoral work on auxin and flower development at Berkeley with Pat Zambryski, followed by Postdoctoral work on hormone interactions during seedling development at the Salk Institute with Joanne Chory.

Some of her recent work in synthetic biology:

How do you use synthetic biology for your work?

To both test hypotheses that were being generated in more reduced settings, and also use that information to engineer novelty.

In some ways synthetic biology is the ultimate reductionist tool, where you can actually say, “What do I know?”

What is the advantage of studying plants?

There’s so much we don’t know, a vast amount of fascinating biology that we do not understand.

Any advice for budding synthetic biologists?

Take as much math as you can, as soon as possible. … Being able to code and being able to think in abstract terms is critical to getting the most out of the synthetic biology tools.

Do you have a strong background in Math?

No… people who are drawn to biology really need the concrete relationship between those abstract ideas and a concrete example… this understanding was the fundamental insight I needed to understand everything else I have done since.

How do you encourage people to overcome their fear of Math?

Everyone in my lab does a lot of peer mentoring… it helps people get over that initial sense of paralysis.

Steven Burgess did his PhD at Imperial College London, and was a post doc with Julian Hibbard in Cambridge. He is currently a Visiting Scholar at  the University of Illinois whose research interests are focused on improving photosynthetic performance of crops for increased yields, using conventional breeding, random mutagenesis and synthetic biology approaches. Follow Steven on Twitter at @sjb015.

Stay tuned for more in this series of Interview with Synthetic Biologists. 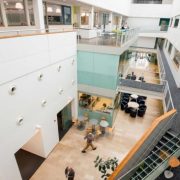 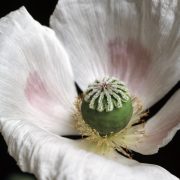 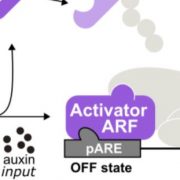 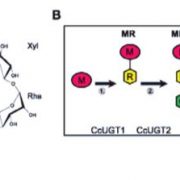 How plants and synthetic biology could help us fight diabetes 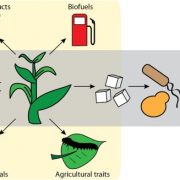 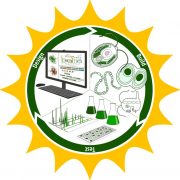