Background: To cope with an increasing global population and decreasing availability of arable land, improving crop yield is a major agricultural goal. Nitrogen (N) application is one of the most effective means for crop yield improvement. However, application of N at high rates brings detrimental effects not only to the environment, but also to crops, such as delayed flowering and thus prolonged maturation times, which greatly increasing risks of yield loss, especially in high-latitude regions where late-season low temperature would severely restrict grain filling. Thus, the ability to increase yields by improving N use efficiency (NUE) while simultaneously reducing maturation times is viewed as one of the most desirable goals in crop breeding efforts, but very limited success has so far been achieved.

Question: We would like to solve the long-standing paradox of achieving high-yield and early-maturation traits simultaneously.

Findings: We revealed that OsNRT1.1A, a nitrate transporter in rice, is a potential target to manipulate both yield and maturation times via significantly improved NUE. We found that OsNRT1.1A displays functional divergence with OsNRT1.1B that we characterized previously. OsNRT1.1A is induced by ammonium, while OsNRT1.1B is induced by nitrate. This functional divergence is particularly important for rice production, as ammonium is the preferred N form for rice. Large-scale multi-location field tests showed that rice overexpressing OsNRT1.1A had a ~50% increase in NUE and grain yield, and maturation times shortened up to 18 days. Importantly, we found that overexpression of OsNRT1.1A in the eudicot Arabidopsis had an even more dramatic effect on yield improvement and early maturation (as high as ~90% increase in seed weight per plant), indicating a potentially enormous influence of this discovery for developing early-maturation high-yield varieties in a great many crop species.

Next Steps: Given the vital role of OsNRT1.1A in determining N utilization and agronomic performance, it is of particular importance to identify upstream and downstream components that interact with it, and discover how the pathway is controlled. 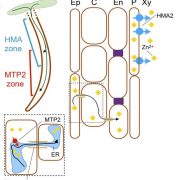 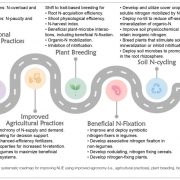 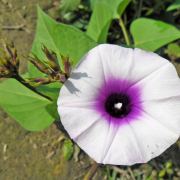 Editorial and Special Issue. Biotechnology of the sweetpotato: Ensuring global food and nutrition security in the face of climate change (Plant Cell Reports) 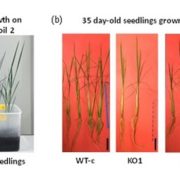