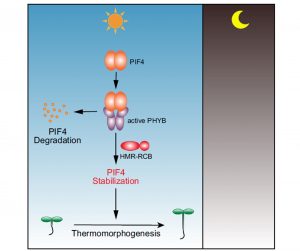 PHYTOCHROME INTERACTING FACTOR4 (PIF4) is a key protein that mediates thermomorphogenic responses in plants. Under warm temperatures, PIF4 levels are high in the daytime even in the presence of active phyB, which is known to induce degradation of PIFs. Thus, in warm temperatures there must be a mechanism that circumvents the phyB-mediated degradation of PIF4. Qiu et al. had previously identified HEMERA, a transcriptional activator that is dual-localized in the nucleus and chloroplast, as necessary for PIF4 stabilization in the daytime. In a new study, they discovered a novel regulatory component that partners with HEMERA. In a genetic screen, they identified a suppressor mutation that can fully rescue the defective thermomorphogenic and photomorphogenic phenotypes of a hem mutant (hem-22). They mapped this point mutation to Regulator of Chloroplast Biogenesis (RCB) that encodes another nucleo-plastid dual-targeted protein, and named it rcb-101. It rescued the impaired PIF4 accumulation in hem-22 and restored the expression of PIF4-target genes. Strikingly, detailed investigation using a null allele (rcb-10) revealed that RCB, similar to HEM, is a promoter of thermomorphogenesis and helps with PIF4 accumulation. RCB and HEM collaborate through physical interaction to stabilize PIF4 and promote temperature signaling. The rescue of hem-22 by rcb-101 is an allele-specific effect, possibly due to altered interaction and/or activities of the mutated proteins. Although the precise mechanism of PIF4 stabilization by the duo remains unclear, the study establishes RCB as a new kid on the block in temperature signaling. (Summary by Yadukrishnan Premachandran @yadukrishprem) Nature Comms. 10.1038/s41467-021-22313-x 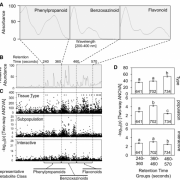 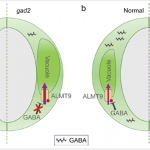 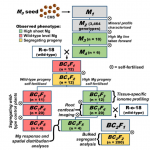 Magnesium and calcium over-accumulate in the leaves of a schengen3 mutant of...
Scroll to top