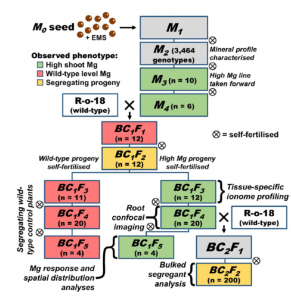 Magnesium (Mg) and calcium (Ca) are essential nutrients for plants and also the animals that eat them. Human deficiencies of these elements are not uncommon. Here, Alcock et al. used Inductively Coupled Plasma Mass Spectroscopy to measure the elemental composition of a mutagenized population of Brassica rapa. They identified a line carrying a recessive mutation that led to an elevated accumulation of Mg in most tissues, as well as elevated levels of Ca, but lower than wild-type levels of potassium. They mapped this mutation to a region corresponding to the SHENGEN3 (SGN3) gene, which they named BraA.SGN3.a. This gene was previously characterized in Arabidopsis as contributing to the formation of the impermeable Casparian strip barrier at the root endodermis, with sgn3 mutants having a “leaky” endodermis with increased Mg and decreased K accumulation in leaves  (the name Schengen refers to the European Schengen Area, a group of 26 countries that are essentially bounded by a single border). These finding can be used to develop non-GMO foods with enhanced levels of Mg and Ca. (Summary by Mary Williams @PlantTeaching) Plant Physiol. 10.1093/plphys/kiab150 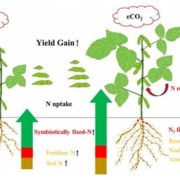 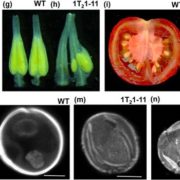 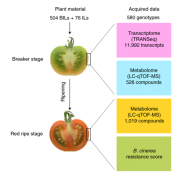 Who keeps PIF4 high on a hot day? RCB joins HEMERA as a partner in crime (Nature... 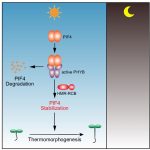 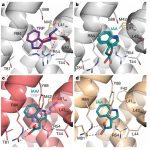