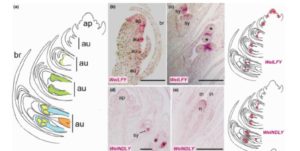 In order to look at the origins of flowers, Moyroud et al. looked at reproductive controls in the gymnosperm Welwitschia mirabilis, which, as the authors say, is a good model because, “Although the plant body is famously bizarre, the reproductive structures are generalized.” Furthermore, its male reproductive structures are produced as soon as two years after germination, facilitating study. The authors found orthologues of key flowering genes in Welwitschia, and showed that, like its angiosperm counterpart, Welwitschia LFY binds to the promoter of MADS box genes corresponding to AP3/PI. Furthermore, they found that early in their development male cones showed B- and C-class MADS-box gene expression, whereas female cones showed C class expression; the same pattern as observed in angiosperms. Therefore, Welwitschia mirabilis sheds light on ancestral mechanisms prefiguring floral development. New Phytol. 10.1111/nph.14483 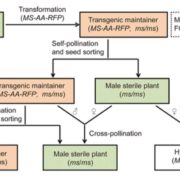 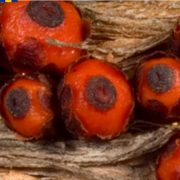 The mysterious Pilostyles is a plant within a plant