Applications of synthetic biology to photosynthesis currently range from exchanging photosynthetic proteins to the utilization of photosynthesis as a source of electrons for entirely unrelated reactions.

Oxygenic photosynthesis is imperfect and the evolutionarily conditioned patchwork nature of the light reactions in plants provides ample scope for their improvement (Leister, 2012; Blankenship and Chen, 2013). In fact, only around 40% of the incident solar energy is used for photosynthesis. Two obvious ways of reducing energy loss are to expand the spectral band used for photosynthesis and to shift saturation of the process to higher light intensities. Indeed, even minor enhancements to the efficiency or stress resistance of the light reactions of photosynthesis should have a positive impact on biomass production and yield (Leister, 2012; Blankenship and Chen, 2013; Long et al., 2015).

However, modifications to the essential structure of the light reactions of plant photosynthesis are currently limited by two main factors. One is the high degree of conservation of their structural components, which limits the efficiency gains attainable by conventional breeding approaches (Dann and Leister, 2017). The second is that the organization of these structural components into multiprotein complexes requires the simultaneous tailoring of several proteins, some of them encoded by different genetic systems in different subcellular compartments (nucleus and chloroplasts) in land plants. Therefore, successful modification of the light reactions of plant photosynthesis has been limited to a few cases. Similarly, modification of the activity of auxiliary proteins involved in the regulation of the light reactions to enhance plant growth and yield has only recently resulted in successful outcomes and is limited to a small subset of regulatory proteins (Pribil et al., 2010; Kromdijk et al., 2016; Glowacka et al., 2018).

In addition to enhancing the light reactions for improved biomass production and yield, concepts have been developed for the direct coupling of photosynthesis to other important pathways that are indirectly connected to photosynthesis in natural systems, for instance, because they reside in different subcellular compartments (Lassen et al., 2014a). Direct coupling would be expected to boost the production of rare compounds in cells and contribute to the biotechnological production of high-value compounds in vivo.

In vitro, it is possible to functionally link components of photosynthesis with entirely unrelated biotic or abiotic catalysts, or with abiotic electrode materials. In fact, Photosystem I (PSI) is naturally adapted for highly efficient light harvesting and charge separation (Kargul et al., 2012; Nguyen and Bruce, 2014; Martin and Frymier, 2017), and has been described as the most efficient natural nano-photochemical machine (Nelson, 2009). Upon light excitation, PSI produces the most powerful naturally occurring reducing agent – P700* – which, together with an exceptionally long-lived charge-separated state, provides sufficient driving force to reduce protons to H2 at neutral pH. PSI operates with a quantum yield close to 1.0, and currently no synthetic system has approached its remarkable efficiency. Moreover, PSI preparations are generally robust, especially those obtained from extremophilic microalgae (Kubota et al., 2010; Haniewicz et al., 2018). The superior qualities of PSI have stimulated strategies designed to generate in vitro hybrids of PSI and various types of redox-active catalysts or other materials. 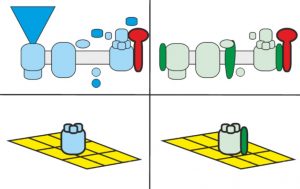 In sum, the light reactions of photosynthesis are a prime target for genetic engineering and synthetic biology approaches for three major reasons. (1) Enhancement of the process in vivo to increase the efficiency of light use promises to increase biomass and crop yields. (2) Coupling of the light reactions of photosynthesis to previously unconnected pathways will enable us to utilize the reducing power of the light reactions directly to produce large amounts of high-value compounds in vivo. (3) The high efficiency and robustness of PSI should allow it to be used in hybrids with biotic or abiotic components to generate hydrogen, simple carbon-based solar fuels, or electricity in vitro. In this review, the background to and recent developments in these three strategies are discussed. 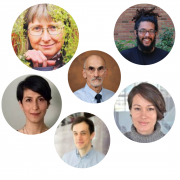 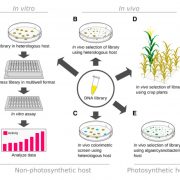 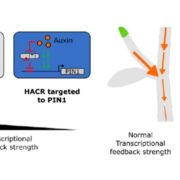 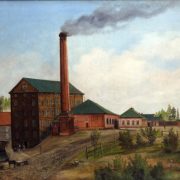