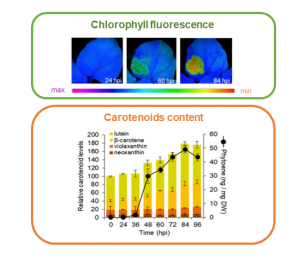 Biofortification aims at increasing the content of health-promoting nutrients in edible parts of the plant. As an example, enhancing the production of carotenoids – natural pigments that provide the yellow to red color – in crops could prevent vitamin A deficiency in humans. In nature, carotenoids accumulate in specialized organelles called chromoplasts, which differentiate from chloroplasts mostly in flowers and fruits, and rarely in leaves. In this article, Llorente and colleagues propose a novel strategy to improve the accumulation of carotenoids in edible green tissues by the means of targeted expression of the bacterial gene CrtB – encoding the enzyme involved in the biosynthesis of phytoene, an intermediate of the carotenoid pathway – in leaf chloroplasts. The CrtB-mediated overaccumulation of phytoene triggers the transformation of leaf chloroplasts into chromoplasts in two steps: reduction of photosynthetic activity, likely mediated by alterations in the internal plastid structures and disassemble of the photosynthetic machinery, and promotion of carotenoid accumulation, likely mediated by upregulation of carotenoid-biosynthetic genes and storage in new structures which prevent their degradation. This transition also requires reprogramming of nuclear gene transcription and primary metabolism. This novel system can be applied to green vegetables to synthetically differentiate chromoplasts from chloroplasts in leaves, and consequently to improve the nutritional values of green organs. (Summary and image preparation by Michela Osnato @michela_osnato) Proc. Natl. Acad. Sci. 10.1073/pnas.2004405117 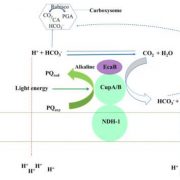 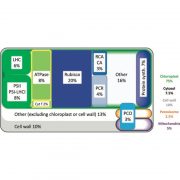 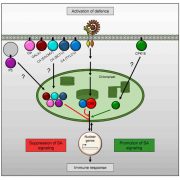 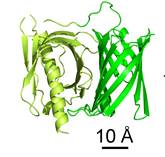 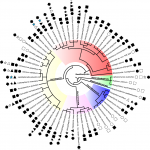 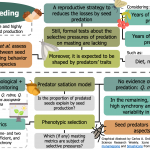 Seed predation selects for reproductive variability and synchrony in perennial...
Scroll to top