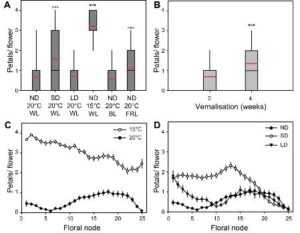 Flower development, unlike flowering timing, is a robust process not much affected by seasonal variation, such that the number of floral organs in each flower can be predicted quite precisely for different plant families. Most Brasiccaceae family species have flowers with fours petals, however, Cardamine hirsuta shows petal number variation at species, population and individual levels. Even though this variation is genetically determined, it is also influenced by environmental fluctuations. McKim et al. demonstrate that the number of petals produced in C. hirsuta flowers shows seasonal variation, with a complex underlying genetic mechanism. Petal number is increased by short days, simulated canopy shade and vernalization, with cool ambient temperatures showing the largest effect on this trait. More petals are produced in spring than in summer due to cooler temperatures, as floral primordium maturation time is extended. This allows floral meristems to grow for longer and at a slower rate, which in turn gives way to a wider inter-sepal region, which is positively correlated with increased number of petals. Petal number declines with ageing, an effect independent of SPL gene expression but correlated with a decline in sepal trichrome number. Although petal number is influenced by environmental cues that also affect flowering timing, the authors did not find co-variation of both traits. Plasticity in petal number could offer the opportunity for a flexible mating system in different conditions: fewer petals would lead to selfing, while more petals promote bud opening and might attract pollinators and outcrossing.  (Summary by Gaby Auge) Plant Physiol. 10.1104/pp.17.00563 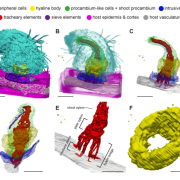 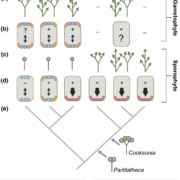 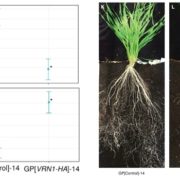 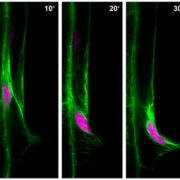 A multi-species synthesis of physiological mechanisms in drought-induced tree...