Potassium (K+) serves important roles in plants for the control of cellular pH, regulation of membrane electric potentials and cell turgor, and as a cofactor in essential metabolic processes including protein synthesis. Plasma membrane voltage-gated K+ channels are crucial for K+ uptake, release, and distribution at the cellular and whole plant levels. In Arabidopsis, this channel family comprises nine members that

display different roles in K+ nutrition and cellular physiology. The inward-rectifier K+ channel AKT1 is highly expressed in root epidermal cells and is a major contributor to K+ uptake at intermediate to high K+ concentrations. The families of 10 Calcineurin B-Like (CBL) calcium sensors and 26 CBL-Interacting Protein Kinases (CIPKs) of Arabidopsis decode the calcium signals elicited by environmental inputs to regulate different ion channels and transporters involved in the control of K+ fluxes by phosphorylation-dependent and           -independent events. The interaction between CIPK23 and AKT1 is known to involve the ankyrin domain of AKT1 and the kinase domain of CIPK23, and it has been suggested that this interaction could be a factor in determining which specific CIPKs attach to the AKT1 channel. ANK motifs are well known protein–protein interaction modules that usually play a passive regulatory role in the formation of protein complexes.  Sánchez-Barrena et al. (10.1104/pp.19.01084) now show that the physical interaction between CIPK23 and an ankyrin domain in the cytosolic side of the inward-rectifier K+ channel AKT1 regulates kinase docking and channel activation. Point mutations on this domain specifically alter binding to CIPK23, enhancing or impairing the ability of CIPK23 to regulate channel activity. 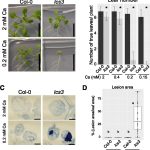 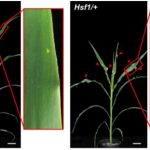