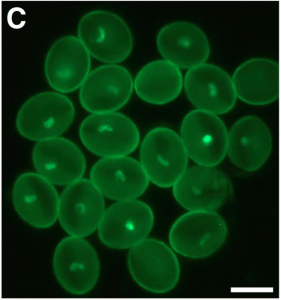 Hybridization of plants with distinct chromosome number often results in seed development defects due to a phenomenon known as the triploid block. While this is triggered by the unbalanced expression of some paternally and maternally imprinted alleles, the molecular basis of the triploid block is not fully understood. The authors describe here that the paternally expressed gene PEG2 behaves as a small RNA sponge by limiting the accumulation of the transposon-derived small interfering RNA siRNA854 in the endosperm. Upon interploidy hybridization, abnormally high sequestration of siRNA854 due to PEG2 up regulation results in aberrant accumulation of siRNA854 natural targets such as UBP1 and triggers the triploid block. This work highlights the role of transposon-derived small RNAs in reproductive isolation and speciation. (Summary by Matthias Benoit). 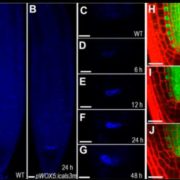 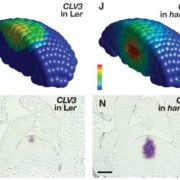 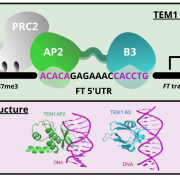 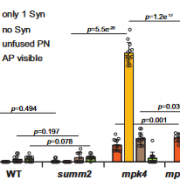 Stony hard phenotype in peach due to transposon insertion into YUCCA ($) (Plant...