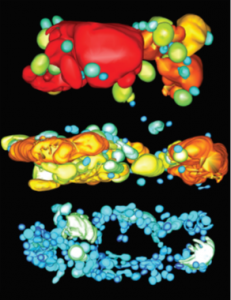 Membranes are highly dynamic structures, with the timescales for turnover of lipid and protein spanning orders of magnitude from seconds to many hours. These hydrophobic fluid barriers incorporate phospholipids, sphingolipids, glycolipids, and sterols, and contain a wide range of proteins crucial for transporting ions and biomolecules (e.g., sugars, miRNAs) across the lipid bilayer. They are crucial as platforms supporting integral and peripheral proteins, hosting sen­sors, and receptors for signal detection and transduction, and they are essential for plant growth and development.

Join us for a special seminar to celebrate the Plant Physiology focus issue on dynamic membranes, hosted by Teun Munnik and Mike Blatt, and featuring three of the authors whose work is included in the focus issue.

Yvon Jaillais is a plant cell biologist. He did his PhD with Dr. Thierry Gaude on the role of the retromer complex in orchestrating cell polarity, intracellular trafficking, and plant development. In 2008, he moved to La Jolla, California, to do a postdoc with Prof. Joanne Chory on the activation mechanism of the plant steroid receptor BRI1. In 2012, he joined the Plant Reproduction and Development (RDP) lab at the ENS of Lyon, France, where he started a research topic on anionic phospholipids. 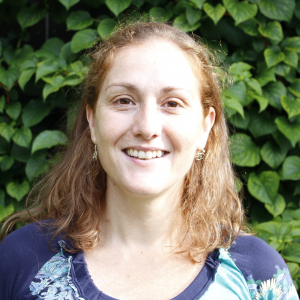 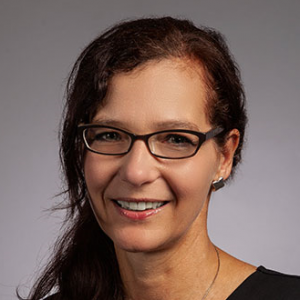 Antje Heese received a Diplom (Master) in Plant Physiology studying under Elmar Weiler, Ruhr-Universität (Germany), followed by a year as a Fulbright Fellow undergraduate in the Plant Research Laboratory at Michigan State University. This led to her PhD with Natasha Raikhel, working on identifying plant nuclear pore complex proteins. She was then a HFSP postdoctoral fellow deciphering the sterol requirement in yeast endocytosis with Howard Riezman (Switzerland) and then an EMBO postdoctoral fellow with Jonathan Jones studying syntaxin phosphorylation in fungal immune signaling. Since 2006 she has led her own group at the University of Missouri in the Division of Biochemistry and Interdisciplinary Plant Group (IPG). Her lab’s main research centers on identifying clathrin-coated vesicle (CCV) core and accessory proteins that have novel roles in endocytosis and exocytosis of the Arabidopsis immune receptor FLS2; and on how their spatiotemporal trafficking of FLS2 and other plasma membrane proteins impact plant immune responses, growth, and development. 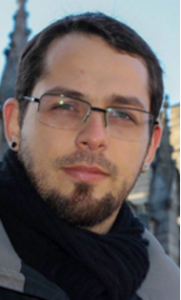 Jonas Alvim is a molecular and cell biologist, currently working as a postdoctoral research assistant with Mike Blatt at the University of Glasgow, UK. His main research interests are membrane protein trafficking and regulation in context of synthetic biology. He is currently investigating mechanisms controlling the function of guard cell anion channels. He is also experienced in structural analysis of carbohydrates and technologies involved in production of 1st-2nd generation biofuels. Jonas received a BSc and MSc from the Federal University of Tocantins, Brazil, and completed his PhD at the University of Leeds (UK), under supervision of Prof. Jurgen Denecke, studying mechanisms controlling H/KDEL receptor (ERD2) transport and retention at the Golgi-ER interface.

Key role of RNA structure in a sense-antisense RNA interaction and enhancement... 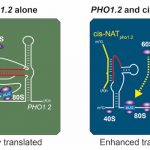 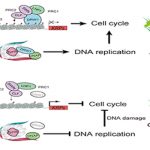