Due to the COVID-19 pandemic many seminar series and conferences have been canceled or postponed. In response to this, and to make sure plant scientists can continue to communicate their latest work to their peers, The American Society of Plant Biologists launched a virtual seminar series via our online community, Plantae. A list of upcoming seminars and recorded videos can be found here. 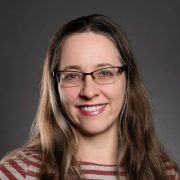 Dr. Vickers is an Associate Professor at Australian National University. Her research program applies synthetic biology approaches to answering key fundamental biological questions and to development/improvement of industrial bio-processes. Dr. Vickers obtained a BSc in molecular biology from the University of Queensland in 1998 and a PhD in plant molecular biology (cereal crop biotechnology) through CSIRO Plant Industry and The University of Queensland in 2004. She held a post-doctoral position at The University of Essex and Visiting Scientist position at the University of Lancaster 2004-2007, where she worked on abiotic stress and isoprene production in plants. She returned to The University of Queensland in 2007, joining the Australian Institute for Bioengineering and Nanotechnology to expand her research program into microbial metabolic engineering. Since then she has headed a group focused on the metabolism and physiology of the isoprenoid group of natural products. Dr. Vickers has worked with industry partners in a range of application areas to provide consulting expertise and deliver industry-focused outcomes. She has also acted as an advisor on synthetic biology and industrial biotechnology for the Australian Federal Government, the Queensland Government, and the Institute on Science for Global Policy. She has been working to develop and support synthetic biology across Australia and New Zealand for several years; as part of this initiative, she is founding President of Synthetic Biology Australasia (SBA). @ClaudiaEVickers 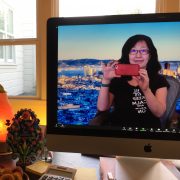 Dr. Rhee is currently a Senior Staff Scientist in the Department of Plant Biology at The Carnegie Institution for Science. She obtained her BA in Biology from Swarthmore College and completed her PhD at Stanford University studying Molecular genetic analysis of cell separation during Arabidopsis thaliana pollen development under the advisement of Dr. Chris Somerville.  Before becoming a Carnegie staff scientist, she was director of one of the most widely used biological databases in the world the Arabidopsis Information Resource (TAIR). Today, her lab combines computational and experimental approaches to reveal molecular mechanisms underlying adaptive strategies in plants. @SueRhee2 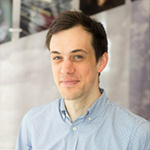 Steven did his undergraduate in Biochemistry at the University of Edinburgh, before moving to Imperial College London to do a Ph.D investigating algal biofuel production, and a post-doc at the University of Cambridge researching evolution of C4 photosynthesis. He is now a Carl R. Woese Institute for Genomic Biology Fellow at the University of Illinois at Urbana-Champaign, where he is using tools from synthetic biology on the Realizing Increased Photosynthetic Efficiency project, funded by the BMG Foundation, FFAR and UKAID, to boost crop yields. @SJB_SynBio

Did you observe any toxicity in the jet fuel component producing cells, as the monoterpenes are known to be toxic and stressful to cells? If , yes how did you combat it?”

At the levels we were producing, the monoterpenes are not toxic. A study was done looking at adaptive evolution to engineer tolerance at higher levels, and identified a gene that could confer resistance; another approach is a bioprocessing solution, which involves adding a non-toxic solvent such as dodecane to the growth medium. This sequesters the monoterpenes and renders them harmless. We use this approach for the very high titers that we are generating now

Did you try to model the biosynthesis of the nerolidol biosynthesis in silico? If yes, do the results match the empirical results? If not, maybe we are missing something related to the pathways you depicted.

Answer on the webinar, but just to summarise: we did some basic modeling that confirmed that the MEP pathway is in theory 10 % more efficient than the mevalonate pathway, but engineering in the MEP pathway is confounded by complexity at the two FeS-cluster enzymes at the terminal end of the pathway. So we primarily use the MVA pathway.

Which plant species do you think shows the most promise in regard to developing programmable plants?

In the first instance, we see programmable plants emerging in model species such as Arabidopsis because they are easiest to engineer in high throughput. As noted by Dr Rhee, a cell-based approach is a starting point, so in my lab, we use cyanobacteria as a model for chloroplasts, and diatoms as a model for photosynthetic cells; we are also using protoplasts as a high-throughput system for rapid prototype testing. Lessons from these models will ideally transfer to crop plants and other plants for industrial applications.

How come knocking down some genes kills the yeast but degrading its proteins doesn’t? Does the degradation of these genes’ proteins reduce growth?

Knock out is the problem for essential genes, and we usually approach this using knock-down by using weaker promoters or RNAi silencing. However, in some cases, the proteins are very stable or very active, so even small amounts of protein are sufficient to compete effectively with heterologously expressed genes when you are trying to redirect carbon flux to a new pathway. In these cases, a protein degradation approach is required. Titrating transcriptional levels with the severity of the degradation method is required to deliver optimal production while maintaining good growth phenotypes. We have also recently developed an inducible system that can be switched on after reasonably high cell density is achieved, balancing growth needs with production needs more effectively. Look out for our upcoming publication on that!

How can you distinguish from genes of truly unknown function and “junk” DNA that actually may not have a purpose?

The genes of unknown function I was referring to have clear evidence that they are expressed as transcripts and likely proteins. This is still a small subset of plant genomes, the majority of which don’t have such signatures of being genes and we currently know even less about this part of the genome.

Did you observe similar phenotypes in roots too?

Yes at the cellular and organ levels.

How is the chiquita phenotype associated with her expression pattern?

CHIQ1 is expressed in dividing and actively growing cells and tissues.

When if we develop any mutants suppose big leaf mutant by gamma irradiation, what are the procedures for identifying the gene that has been mutated?

Since gamma irradiation often leads to deletions in the genome, probably sequencing is the quickest way to identify the causal gene.

Have you studied the gene product? Is it an enzyme or transcription factor or else?

We are actively pursuing that currently. The short answer is that we don’t know.

Have you tried to reactivate the CHIQ gene once the LOF mutant stops growing?  Is the dwarfism reversible?

A great question and suggestion. We are making these lines now.

Have more questions? Let us know by commenting below! 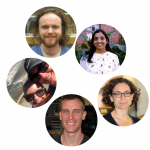 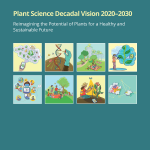