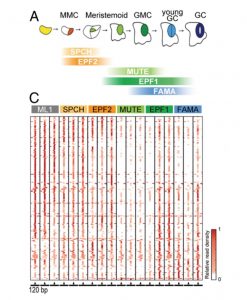 Stomata mediate critical functions in plant life: gas exchange, water loss, and some environmental responses. At the molecular level, some bHLH transcription factors and a MAP-kinase pathway control a series of asymmetric and symmetric cell divisions of stomatal stem cells to form a guard cell. In a recent study Zhu et al. explored the implication of microRNAs in the formation of stomata. They expressed AGO1 using the promoters of stage-specific marker genes (SPEECHLESS,  MUTE, FAMA, EPF1, and EPF2) to isolate AGO1-miRNA complexes. They found that more than 60% of the annotated MIR genes in the Arabidopsis genome are dynamically expressed during stomatal development. They conducted in vivo analysis to test the functional relevance of some of them: the overexpression of miR829 and miR3932 altered stomatal development, generating an increase in the number of total stomata or stomata pairs. Further analyses included the prediction of potential mRNA targets of miRNAs; with these, authors uncovered cellular processes presumably controlled by the differentially expressed miRNAs during stomata formation. This study provides new insights about the dynamic control of stomatal development; for instance, the expression of miR399 in the stomata lineage is anticorrelated with the expression of PHO2, which regulates the PHO1 and PHT1 phosphate transporters, revealing a relationship between stomatal formation and nutrient homeostasis. (Summary by Humberto Herrera-Ubaldo) Proc. Natl. Acad. Sci. USA 10.1073/pnas.1919722117
[altmetric doi=”10.1073/pnas.1919722117″ details=”right” float=”right”] 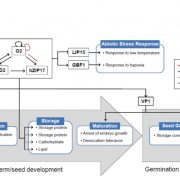 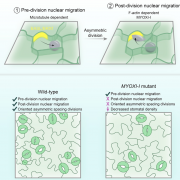 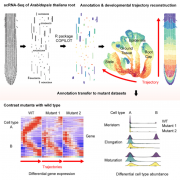 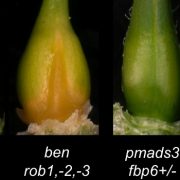 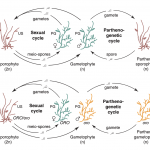 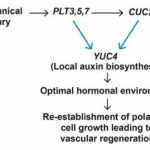 A feedforward loop controls vascular regeneration and tissue repair through...
Scroll to top