Driving down a country highway in the Midwest can seem an endless ribbon flanked by green walls of corn, neatly planted in stately rows. But who would guess that a plant that feeds a planet might hold clues that could help us better understand, or perhaps cure, insidious human diseases?

Recent research from Dr. Mark Settles at the University of Florida describes a deep evolutionary link between the processes that govern cell identity in a kernel of corn and those that turn a blood stem cell into a cancerous threat to human life.

Over my three decades as an academic researcher, I’ve been constantly amazed at how discoveries about fundamental cellular processes in plants parallel, or sometimes precede, discoveries in animals. While we share remarkably similar genetic blueprints, plants and animals are obviously quite different. Learning how two very different life forms draw from a similar set of instructions to meet threats or stop disease could lead to breakthroughs in both agriculture and medicine. It reminds us of why close examination of life in animals needs coinciding research tracks in plants.

The rise of new cell types

Early in life, a single fertilized cell multiplies in number. As time goes by, the growing number of cells begin to take on different fates – differentiation into various cell types. The processes that govern these changes must be precise, both for ideal function within their context in the organism and to constrain unbridled growth. The latter contributes to human disease, including various cancers.

A corn kernel is a complex structure composed of many tiny cells that have specialized jobs. The nutritional content of the kernel is dictated by the genetics and biochemistry of these different cell types.

Settles and colleagues analyzed mutant kernels with defective structures and content to unravel how different cells function and communicate while the grain is growing and filling with nutrients. Errors in cell differentiation can lead to discovery of the genes that guide a kernel’s normal development.

The majority of a kernel is a starchy matrix called the endosperm. Settles and colleagues show that specialization of cell types depends on what’s known as an RNA splicing factor. DNA is the blueprint in the cell. RNA is a temporary and mobile copy of the DNA’s information that later directs assembly of proteins to perform important roles in the cell.

Because it is an intermediate, RNA is subject to many forces that can affect the information it contains. One of these processes is splicing; the cell has mechanisms that can remove essential bits, changing the information and, ultimately, the end product.

Settles’ mutant kernels are defective because they lack this RNA splicing factor. In other words, without the RNA splicing factor, the genetic blueprint information that needs to be precisely processed for normal growth remains untouched. This defect leads to cells that divide excessively, similar to cancer cells. But the link goes deeper.

From kernels to cancers

Blood is composed of different cell types that arise from genetic decisions made in primary “stem” cells. Like the cells in a kernel of corn, blood cells specialize based on precise editing of internal instructions, including RNA splicing.

Medical researchers have described a blood defect that leads to a disease known as myelodysplasia, or MDS. This disease can progress into acute myeloid leukemia.

The work by the Settles group shows that the defects observed in the corn kernels are the same genetic errors, or mutations, in blood cells that lead to some forms of MDS. Genetic mistakes in both corn cells and blood cells affect a similar suite of genes, even though these are very different organisms. This is a remarkable discovery, because it suggests that animal and plant processes that determine cell identity share more similarities than previously thought.

But corn kernel cells and blood cells are remarkably different. Can the differences maybe help identify mechanisms in controlling corn kernel cell proliferation that might lead to discovery of ways to curb blood disorders like MDS?

In this work, examination of a corn cob with deformed kernels and poor yield led to potential solutions in improving grain yield. However, the knowledge gained could help illuminate new mechanisms to fighting a form of cancer.

From animal to plant; plant to animal

The findings remind us of why it is important to study basic plant biology, the kind of work that does not directly translate to the plate. Plants and animals share many commonalities. More than half of our genes perform similar functions, and we share many core metabolic mechanisms.

But plants are confined by their roots and can’t move away from stresses, disease or predators. They have to fight back or adapt in order to survive. A substantial part of their genes are dedicated to these processes. These mechanisms of survival are often not present in animal cells or are not as conspicuous. Plants can often define new rules that expand existing models, and their chromosomes may hold more tricks that ultimately can help the human condition.

Here defective corn kernels show similarities to cancer cells. Now scientists can extend from those commonalities to look for the differences that can correct or compensate for the defect in plants. Such discoveries may unveil mechanisms that plants evolved in their specialization that could potentially lead to new solutions for confronting human disease.

Kevin M. Folta’s salary is paid by the University of Florida.. His laboratory’s research is funded by the United States Department of Agriculture/NIFA and the Florida Strawberry Research and Education Foundation. All historical funding, including all support for his outreach programs, can be seen at www.kevinfolta.com/transparency. 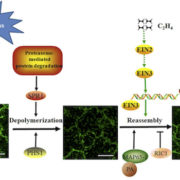 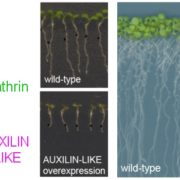 The contribution of solar brightening to the US maize yield trend ($)

A Kinase- and Proteasome-Mediated Link Between Lipid Biosynthesis and Energy...
Scroll to top