The last week of the year is the time to look back and reflect. We like to take this opportunity to recognize the good work done by the plant science community. Over the next few days we’ll remind you of some of the big stories and successes that came from our community. These stories were highly accessed through the ASPB and Plantae.org blogs, our many social media and our journal websites. We hope you enjoy this look back at what has been an eventful and productive year in plant science. Check out the highlights from the first part of the year here and here. 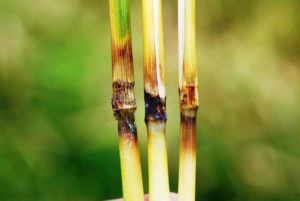 One of the biggest stories in May concerned a pair of papers coming from the lab of Xinnian Dong (Xu et al. and Xu et al.), which are nicely summarized nicely in a News from Science article, “Rice plant engineered with a ‘tunable’ immune system could fight multiple diseases at once.” The TL;DR (“too long, didn’t read”) version is that the authors introduced  a translational regulatory sequence into key defense regulators, producing plants that rapidly and transiently respond to pathogens without incurring a growth-penalty. In other words, the growth-defense trade-off (in which activating defense pathways slows growth and lowers yields) could one day be a thing of the past. Given that rice is one of the most important food crops globally, these results are very exciting.

The Camellia sinensis (tea) genome presented by Xie et al. was another top story, because life would be so much poorer without a nice cuppa.

Three new papers published in June (Luginbuehl et al.,  Keymer et al., and Jiang et al.) showed that plants provide fats as well as sweets to their mycorrhizal fungal partners. (If you’re looking for an interesting exercise for your students, have them compare and contrast the methods used and findings of these three papers. How did the different teams explore this inter-kingdom metabolic exchange?). 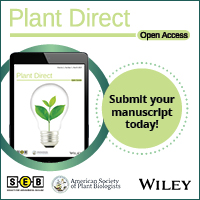 June saw the launch of the latest plant journal, Plant Direct Journal, which is an open-access, sound-science, society-published journal that supports both ASPB and SEB. Read more about Plant Direct in an editorial by Editor-in-Chief Ivan Baxter http://onlinelibrary.wiley.com/doi/10.1002/pld3.1/abstract, and follow Plant Direct on Twitter to keep up with the latest papers @PlantDirectJ.

The Royal Botanic Gardens at Kew made a splash in 2016 when they assembled a large international team of plant scientists and released their report, State of the World’s Plants.  They’ve kept the ball rolling this year with the release of the second of what will be annual reports. Last year’s report focused on counting – basic quantification of plants in a number of categories, including how many are threatened species. The second report expands and refines, including trying to get at why some plants seem more vulnerable to extinction threats than others. 2016’s report inaugurated a country focus for the report, Brazil. The 2017 report highlights Madagascar, many of whose species are endemic.

Reading some of the statistics that came out of their research, an initial snapshot that is bound to come into better focus with further field expeditions and herbarium research, it was impressed upon me anew that while the public imagination is captured by space exploration, humans have not even fully explored our own planet.

Given the effects of climate change, time is of the essence.  Not just to find out how to adapt and cope with it, but to document and cultivate species that won’t be able to cope with the emerging climate patterns. The scale and speed with which this can be done depends on funding, so it’s crucial to communicate not just the urgency of the problem, but why the average citizen should be concerned about it. 2016’s report had a section on economic botany and 2017’s hones the economic botany focus to medicinal plants, only a fraction of which are currently being put to use. Even people who can’t connect with a nebulous idea of biodiversity can understand that there could be undiscovered cures for diseases in habitats that need to be protected.

Part of engaging the public is not just accessible language, but appealing and intriguing graphic design. Kew delivers this in both a dedicated website and a sumptuous downloadable report, https://stateoftheworldsplants.com/.  They also installed a “State of the World’s Plants” set of exhibits that could be seen by visitors to the RHS Chelsea Flower Show as well as at Kew itself.

Today we’re celebrating the opening of our State of the World’s Plants exhibit at #RHSChelsea #SOTWP pic.twitter.com/ozpTWfot9I

Megan Lynch* (@may_gun) has a BA in Art from UCLA and is a returning student in Biology at Pasadena Community College (Pasadena, CA, USA). She is a longtime member of California Rare Fruit Growers and hopes to go to grad school to learn fruit breeding. She’s currently studying Ceratonia siliqua and its history in California.