The last week of the year is the time to look back and reflect. We like to take this opportunity to recognize the good work done by the plant science community. Over the next few days we’ll remind you of some of the big stories and successes that came from our community. These stories were highly accessed through the ASPB and Plantae.org blogs, our many social media accounts, and our journal websites. We hope you enjoy this look back at what has been an eventful and productive year in plant science.

Yesterday we looked at the top stories from January and February: today we look at March and April’s top stories. 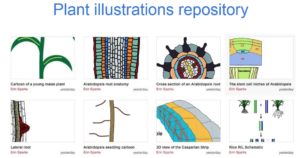 Our top blog post in March was the announcement of “A community repository of plant illustrations,” a guest blog post by Erin Sparks, Guillaume Lobet, Larry York and Frédéric Bouché. Need a plant image? Check out the repository to find one you can use. Have an image to share? It’s easy to contribute! And what could be nicer and more community-spirited than sharing the images you’ve created? 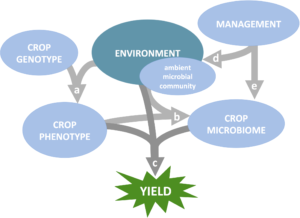 Another top post in March was a Nature News Feature by Brooke Borel, “CRISPR, microbes and more are joining the war against crop killers”; a must read to see what is on the horizon of agricultural biotechnology. Speaking of microbes, the good kind were the topic of the interesting Perspective by Busby et al. on “Research priorities for harnessing plant microbiomes in sustainable agriculture,” another must-read to learn how crop production can be enhanced through leveraging beneficial biotic interactions.

A few of the most-shared and most-viewed research articles during these months included a study by Wang et al. that aligned ten legume genomes to establish a family-level genomics platform, which should greatly facilitate breeding improvement efforts for these important crop plants. In a separate study, Dietrich et al. identified the role of the root cortex in root hydrotropism (growth toward water). For those who love evo-devo (me!), from a study of a pre-lignin pathway in moss by Renault et al. we got a fascinating glimpse into the evolutionary precursors of lignin, which made big plants possible. 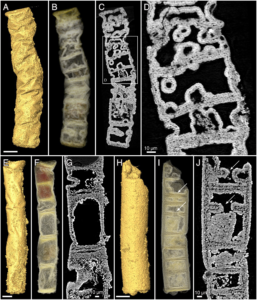 Another big story of the year concerned a paper by Bengston et al., who identified 1.6 billion-year old fossils of multicellular plants, much older than previously identified. Press coverage included the BBC, who wrote about the Oldest Plant on Earth. Reddit hosted  an “ask me anything” with first author Stefan Bengston (which is a great way to make science relevant to the broader public!).

In April, Nature published a special supplement on Food Security, including an overview of the role of technology in agriculture.  Also in April, a report by Schon and Nodine in The Plant Cell showed widespread contamination by other tissues in Arabidopsis embryo and endosperm transcriptome databases, alerting researchers to the need to conduct rigorous testing of their data.

Now, back to those tasty tomatoes…. April also saw the curious case of Kevin Folta vs Senator Rand Paul vs tomato (no fooling). In his regular “Waste Report” in which he points out things he considers to be wasteful government spending, Sen. Paul criticized NSF funding of the tomato flavor improvement project that was the cover story in Science in January. As well as being Chair of the Horticultural Science Department at the University of Florida (where the tomato work was done), Kevin Folta is also a dedicated science communicator, who defended the NSF-funded research project in a widely-read reply in the Huffington Post, “Senator Paul, make tomatoes great again.”

BGCI consulted both published material and the resources of its member organizations to quantify the number of tree species, which it reckons to be 60,065. Two years in the making, this is a step in the Global Tree Assessment, which aims to provide conservation status of all Earth’s tree species by 2020. The database will allow those working on conservation to look up information taxonomically and also by country in a tree species’ native range. Check out the BBC coverage, read the article by Beech et al. and check out the database at http://www.bgci.org/global_tree_search.php.

Megan Lynch* (@may_gun) has a BA in Art from UCLA and is a returning student in Biology at Pasadena Community College (Pasadena, CA, USA). She is a longtime member of California Rare Fruit Growers and hopes to go to grad school to learn fruit breeding. She’s currently studying Ceratonia siliqua and its history in California.

Join us tomorrow for highlights from May and June!