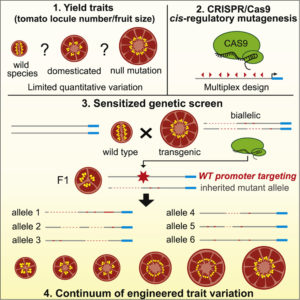 Variation is the engine of evolution, and plant breeders and geneticists have long relied on induced variation to create a population from which to select. Rodríguez-Leal et al. used CRISPR/Cas9 mutagenesis to selectively introduce variability into the promoter regions of three genes involved in tomato fruit size [including locule  number (seed compartments)] and growth habit. Their system allows the transgenes to be segregated away, leaving non-transgenic, stable lines. Their strategy resulted in a set of alleles leading to a continuum of locule numbers and fruit size. This study is not only a proof-of-concept of a strategy to introduce targeted variation for breeding purposed, but also revealed the unexpected result that the expression level of key regulatory genes does not strictly correlate with  phenotypic effects, supporting recent models for non-linear responses to dose-sensitive genes. Cell 10.1016/j.cell.2017.08.030 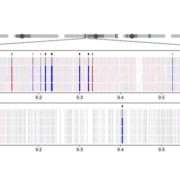 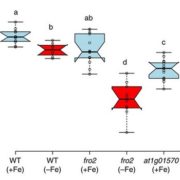 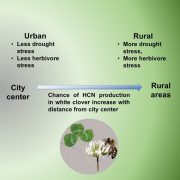 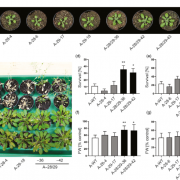 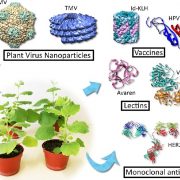