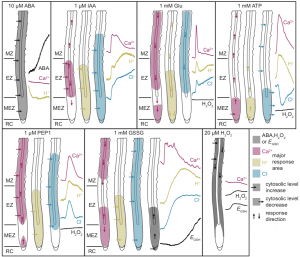 Responses to a changing environment require an interplay between primary and secondary messengers. Hormones like abscisic acid (ABA), auxin etc. act as a primary messengers, whereas molecules like Ca2+, reactive oxygen species (ROS), other cations and anions act as a secondary messenger. In this paper, Waadt et al. generated a set of dual-reporting genetically encoded fluorescent indicators (2-in-1 GEFIs) that allow observation of the dynamics of two messengers at the same time in Arabidopsis roots. The indicators and ligands they recognize (in parenthesis) are: ABAleonSD1-3L21 (ABA), R-GECO1 (Ca2+), Arabidopsis codon optimized red-fluorescing (P)A-17 (H+), E2GFP (H+ and Cl–), Grx1-roGFP2 (glutathione redox potential; EGSH) and roGFP2-Orp1 (H2O2). These were linked by either a 14 amino acid peptide or a self-cleaving P2A linker that allows the two indicators to be expressed separately but in equal amounts. The sensors were imaged in different combinations, which showed the dynamics of ABA, Ca2+, H+ and H2O2 in response to various chemicals including ABA, IAA, glutamate, ATP, and H2O2. Thus, this paper reveals the interdependence of each signaling molecule and provides new tools for high resolution spatiotemporal information. (Summary by Vijaya Batthula @Vijaya_Batthula) Plant Cell 10.1105/tpc.19.00892 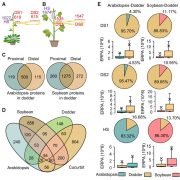 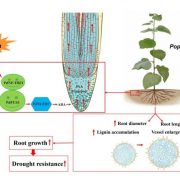 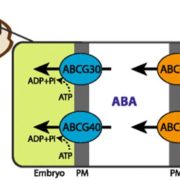 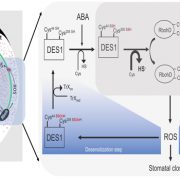 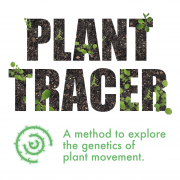 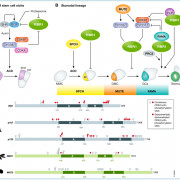 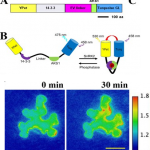 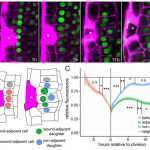