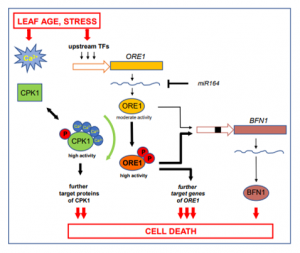 Cell death, like all other cellular processes, is controlled by a highly complex signaling network. A search for the targets of Arabidopsis calcium dependent protein kinase1 (CPK1) by Durian and co-workers has revealed that it phosphorylates ORESARA1 (ORE1), a master regulator of leaf senescence responses, in a region necessary for its downstream gene activation. Characterization of this CPK1-ORE1 interaction showed that CPK1 promotes cell death through ORE1 by positively activating it, and thereby its target genes. This process is independent of calcium ion (Ca2+) concentration as the authors used a constitutively active, Ca2+-independent variant of CPK1 (named CPK1-VK), with only its N-terminal and kinase domains. This report presents a new regulatory network for ORE1 and  calls into question the  requirement of Ca2+ for CPK1 activity.  (Summary by Pavithran Narayanan) Plant Cell 10.1105/tpc.19.00810. (Quote from Dan Brown’s ‘The Lost Symbol’). 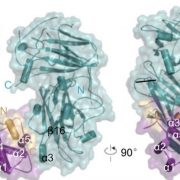 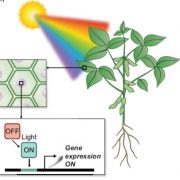 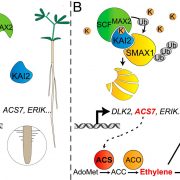 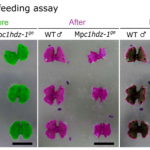 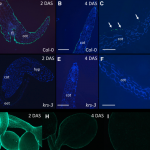