The Plant Messiah: Adventures in Search of the World’s Rarest Species by Carlos Magdalena

Carlos is a tropical plant horticulturalist at the Royal Botanic Garden Kew in London. He acquired the nickname “Plant Messiah” after a journalist from his home country of Spain used it in an article noting his appearance. In the book, he gives us something that is part memoir and part botanical adventure about his travels around the world trying to document and save the world’s rarest plants. – Paul Twigg via Plantae

The End of Plenty: A Race to Feed a Crowded World by Joel Bourne (2016)

An excellent read. Bourne comes from a farming background and ag-related education to provide a science-based perspective on the different challenges that arise from a growing world population. @NMadonich via Twitter

The Songs of Trees: Stories from Nature’s Great Connectors by David George Haskell (2017)

“The Songs of Trees consists of a series of interconnected chapters, each featuring a different kind of tree. We are taken on a journey around the world to strikingly different habitats to meet a representative tree species from that area and learn about its life history and its ecological and/or human partners, including Haskell himself through repeated visits he made to particular trees.” Book Review by @mulledscience

“A fantastic read about how plants have shaped the planet’s history, examined through accessible experimental data and discussion on botany, evolution, climate change, palaeontology and historical research.” @Matt_Ben_ via Plantae

The Wizard and the Prophet: Two Remarkable Scientists and Their Dueling Visions to Shape Tomorrow’s World  by Charles C. Mann (2018)

“It’s about the lives of two scientists – Norman Borlaug and William Vogt – and how they incorporate two views of looking at the world, one believing that technical progress can fix anything, one believing that we’re essentially doomed if we don’t return to our roots.”  @PhilippBayer via Plantae

Hybrid: The History and Science of Plant Breeding by Noel Kingsbury (2011)

“It is beautifully written and gives a great insight in the breeding efforts that were undertaken over the history of humanity. Great source of geek-y facts and anecdotes for teaching too!  @mmjulkowska via Plantae

Orchid Summer: In Search of the Wildest Flowers of the British Isles  by Jon Dunn 2018

“By his own admission, Jon Dunn has fallen under their spell, with a bad case of orchid fever. It’s a compulsion that led him to leave his home in Shetland and spend a summer seeking every species in Britain, from the early purples of spring to the last of the autumn lady’s tresses. Travelling with him is pure delight.” by Lucy Bellamy Countryfile’s “The best nature books to read this spring“

Tamed: Ten Species That Changed Our World by Alice Roberts (2017)

“The ten species that make the list include five plants: wheat, maize, potatoes, rice and apples. If the species don’t match the choices you would make, that might be because of the stories Alice Roberts wants to tell.” by Alun Salt,Botany One book review

“Lab Girl by Hope Jahren is an amazing book written by a plant scientist about her life. She adds in a lot of history and information about plant science and her work and interest in science from childhood to adulthood.” @science_status

The Overstory by Richard Powers (2018)

“I was drawn to it because a host of my favorite NPR shows, To the Best of our Knowledge, interviewed the author. Here is an excerpt of the interview:

SP: Was it your goal to create empathy for trees?

RP: I think it was the goal of the book. I would also call it a necessary first step for whatever transformation is going to be required of us to live stably on this Earth. Originally I thought it would be marvelous to try to write a novel where the trees themselves were the characters. That’s a bit of a technical challenge.” –  @ehaswell 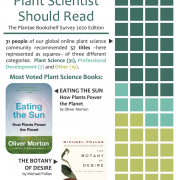 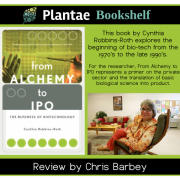 From Alchemy to IPO - Book Review 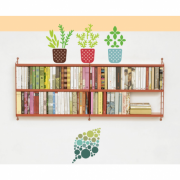 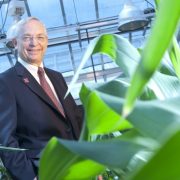