Background: Flowers have an essential role: they ensure plant reproduction. Flowers of the Arabidopsis model plant are small and fragile. They are usually not pollinated by insects and do not emit a perceptible smell. They were however described to emit some volatile compounds, mainly belonging to the class of sesquiterpenes (15 carbon compounds), but in low amounts. They were also reported to emit traces of monoterpenes (10 carbon compounds). We previously showed that the low emission of monoterpene alcohols (monoterpenols) was due to their conversion to oxygenated derivatives retained in the flower tissues. Such oxygenated monoterpenols showed insect-repelling activity. Their production also protected the plant from flower visitors, and from insects feeding on the plant.

Question: We wanted to investigate if the low emission of sesquiterpenes also resulted from their oxygenation by a flower-expressed enzyme (oxygenase). We also wanted to know if such a metabolism would result in the retention of the oxygenated sesquiterpenes in the flowers and if this could impact flower-visiting insects and microorganisms colonizing the flower surface. 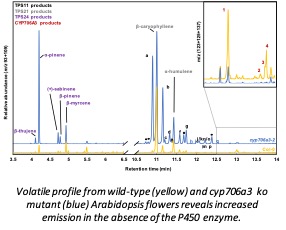 We then tested the behavior of visiting insects on the oxygenase mutants and showed that sesquiterpene oxygenation results in flower bud protection against insects feeding on the plant. Furthermore, terpene oxygenation modifies the composition of the flower microbial population.

Next steps: Flower defense and optimal fertility rely on complex interactions between bacteria, insects and plants. Their mutual interplay on the different parts of the flower and at different stages of the flower development have now to be further clarified, as well as the respective roles of retained oxidized sesqui- and monoterpenes. 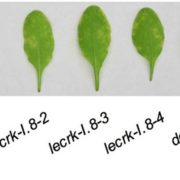 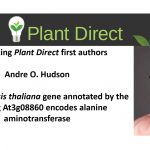 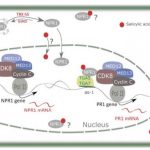 NPR1 has everything under control
Scroll to top