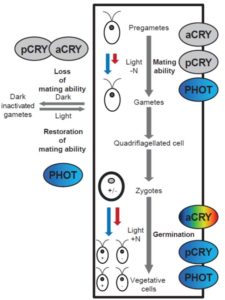 Light controls many aspects of the lifecycle of photosynthetic organisms, including the green alga Chlamydomonas. Cryptochromes are a family of photoreceptors, of which there are four members in Chlamydomonas. One of these is known as the animal-type cryptochrome, aCRY. To investigate the function of aCRY, Zou et al. generated insertional mutants in aCRY that knocked down the protein level to less than 20% of wildtype. The mutant reveals that aCRY has both positive and negative roles in the mating cycle of the alga. Plant Physiol. 10.​1104/​pp.​17.​00493 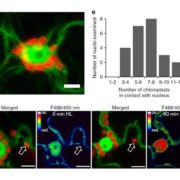 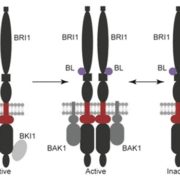 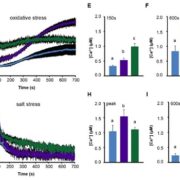 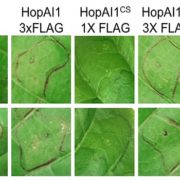 Defense or Disease: It’s a Matter of Timing
0 replies