Leucine-rich repeat receptor-like kinases (LRR-RLK) are one of the largest gene families in  plants. Research over the past decade has 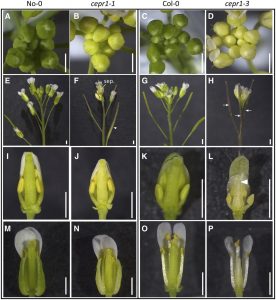 implicated LRR-RLKs and their selective interactions with secreted peptide hormones in a myriad of developmental processes. A conserved LRR-RLK with a burgeoning list of important roles is C-TERMINALLY  ENCODED PEPTIDE RECEPTOR 1 (CEPR1). In  Arabidopsis (Arabidopsis thaliana), CEPR1’s ectodomain specifically interacts with peptide hormones of the C terminally Encoded Peptide (CEP) family. The interaction of C-Terminally Encoded Peptides (CEPs) with CEP RECEPTOR 1 (CEPR1) controls root growth and development, as well as nitrate uptake, but has no known role in determining yield. Hitherto, the  identification of CEPR1 as a CEP receptor, its developmental and  physiological role has been defined primarily in the context of roots. Taleski et al. (10.1104/pp.20.00172) now demonstrate a specific role for CEPR1 in controlling yield and seed size. Two cepr1 knockout mutants showed yield reductions of between 88% and 98%, which were associated with the production of smaller seeds and a diminished number of reproductive units. These yield defects correlated with poorly developed reproductive tissues as well as chlorosis and the accumulation of anthocyanins in cepr1 reproductive tissues, all of which could be restored by transgenic  complementation with CEPR1. Bolt grafting and manipulation of nutrient allocation to  reproductive sinks showed that local CEP-CEPR1 signaling underlies the poor fecundity of the cepr1 mutants. CEPR1 is expressed throughout the vasculature of reproductive organs, including in the chalazal seed coat, but not in other seed tissues, and appears to act locally to control yield and seed size. The results reveal a role for CEPR1 in the maternal reproductive  tissue in determining seed size and yield, likely via the control of nitrogen delivery to the reproductive sinks. 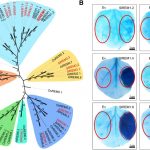 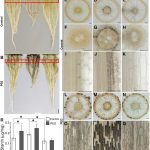