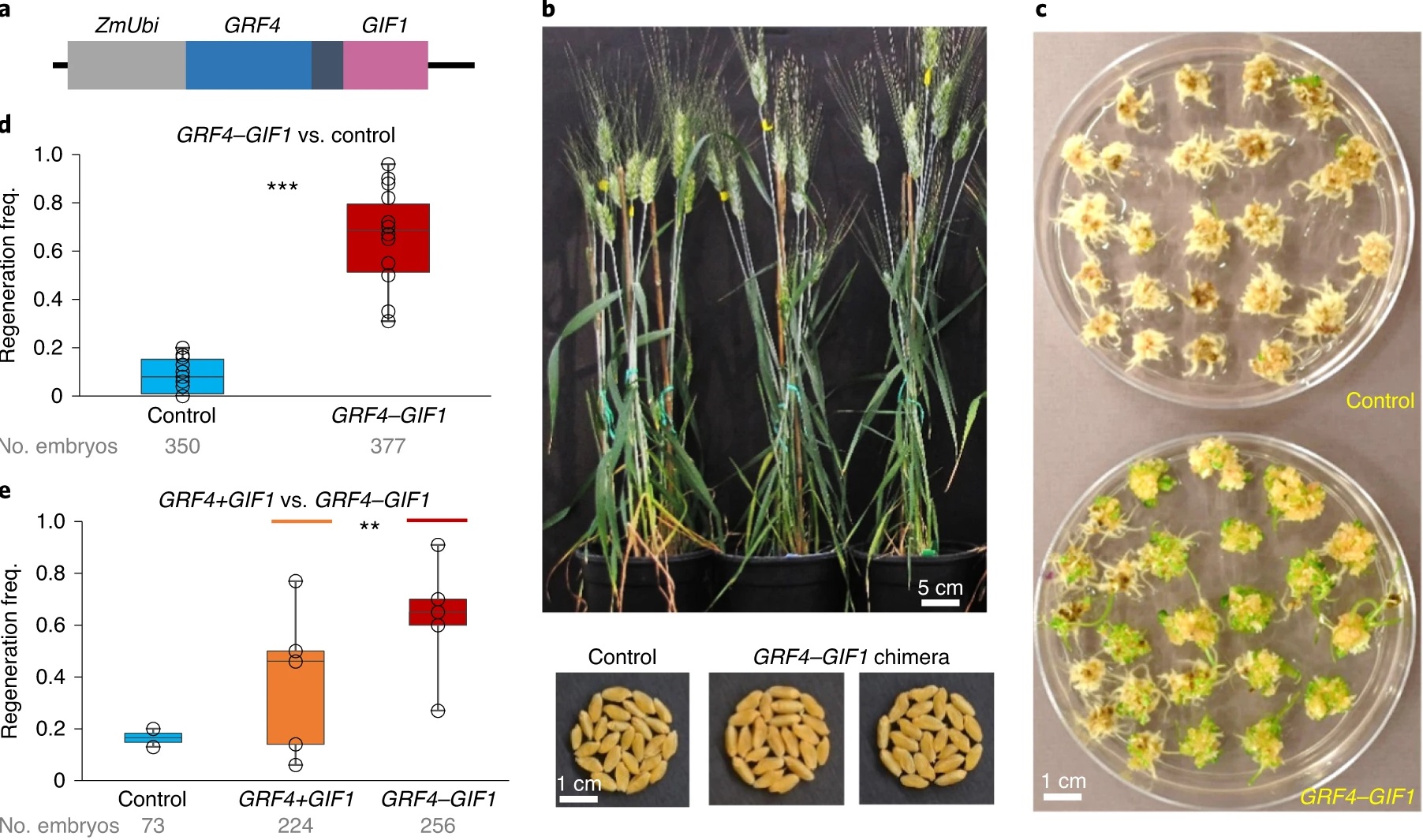 Producing a genetically-modified or -edited plant requires two distinct processes: DNA modification, followed by regeneration of a plant from the edited cells. The first process has been greatly enhanced by CRISPR/Cas9, but the second has continued to present challenges. Here, Debernardi et al. demonstrate a strategy to increase the rate and efficiency of plant regeneration. Previously, a small family of plant-specific transcription factors known as growth regulating factors (GRFs) were found to promote growth of leaves and other organs. The activity of GRFs is regulated in part by interaction with co-transcriptional regulators known as GRF-interacting factors (GIFs), and the GRFs and GIFs function as a complex. Debernardi et al. designed a chimeric GRF/GIF fusion protein which they showed accelerates regeneration of green shoots from callus tissue and can do so without culturing on cytokinins. Interestingly, when GRF and GIF were introduced as two independent genes on a single construct, the positive benefit was greatly reduced as compared to the expression of the single chimeric gene. The authors tested this strategy using several types of wheat and rice as well as citrus with generally positive outcomes. The authors observe that it might be possible to get even higher regeneration efficiencies by combining GRF-GIF with the meristem-promoting genes BBM and WUS2 that function earlier in differentiation and have been used previously to enhance regeneration. (Summary by Mary Williams @PlantTeaching) Nature Biotechnol. 10.1038/s41587-020-0703-0 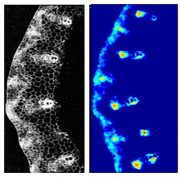 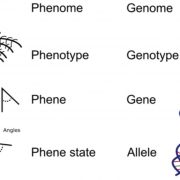 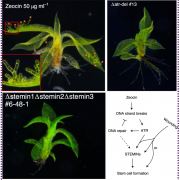 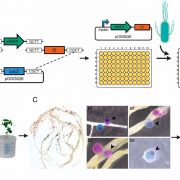 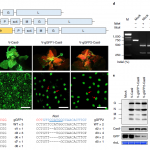 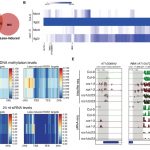