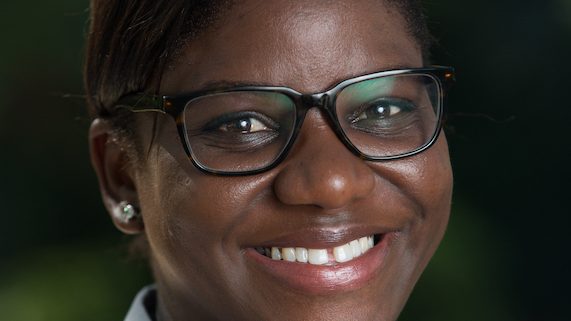 Dawn Nagel (she/her) is an Assistant Professor of Genetics and Genomics in the Department of Botany and Plant Sciences at UC Riverside. She has been a faculty member at UCR since 2016. Dawn was born and raised in Guyana as the youngest of three children. As an undergraduate, she studied general biology at the University of Georgia. At first, she was interested in medical school but realized that wasn’t really her passion. She changed her career trajectory and started following various opportunities as they arose. Eventually, she ended up doing undergraduate research in the lab of Dr. Susan Wessler in the Department of Plant Biology, where she first developed an interest in plant biology research, specifically, transposable elements.

After graduating with her B.S., Dawn went on to complete her PhD with Dr. Wessler at the University of Georgia. As a graduate student, Dawn studied the composition and diversity of transposable elements in plant genomes. In her research, Dawn was also interested in how transposable elements move around in the genome. She continued to grow her interest in plant molecular biology and genomics in Dr. Wessler’s lab, where as a result of available whole genome sequences she had the opportunity to work on a variety of species including rice, Arabidopsis, maize, lotus japonica, poplar, and even yeast.

After completing her Ph.D., Dawn was interested in understanding more broadly how plants interact with a changing environment. She thus moved to UC San Diego, to work as a postdoctoral scholar with Dr. Steve Kay on plant circadian rhythms. As a postdoc, Dawn received the NIH Postdoctoral Fellowship to support her research studying how the circadian clock regulates plant gene expression. In Dr. Kay’s lab, Dawn became interested in how to translate fundamental molecular biology to a broader agricultural setting. As an Assistant Professor at UCR, Dawn applies her molecular plant background to understand how the circadian clock regulates the plant response to changing temperature. Her lab uses Arabidopsis as a model but translation research in a variety of crops is ongoing to better understand how gene expression can be regulated to support plant survival during abiotic stress events. As a faculty member, Dawn has mentored a postdoc, three graduate students, and ~18 undergraduate students so far. Each summer she works hands-on with undergraduate students to facilitate their learning of fundamental molecular lab skills as it relates to research projects in the lab.

Outside of her lab, Dawn has mentored several other postdocs, graduate students, and undergraduates to support them in reaching their professional goals. Of note, Dawn received the NSF Early Career Grant in 2019, which has allowed her to continue to prioritize her research and the training of her lab members. Dawn has published a number of research and review articles including a Scientific Reports paper revealing that time of day alters the transcript abundance of genes in response to temperature stress. In a recent Plant Cell article, Dawn explored another level of gene regulation and revealed a significant influence of time of day on circadian regulated translating mRNAs in Arabidopsis. When asked if there is anything she wanted to highlight about her career, Dawn responded that she was lucky to have the opportunity to work with great graduate students, postdocs, and undergraduates to accomplish a common goal; none of which would be possible without supportive colleagues.

This biography was written by Emily Blair. Emily is currently a PhD candidate in Dawn Nagel’s lab at the University of California-Riverside. Her dissertation research currently focuses on understanding how the circadian clock regulates the plant temperature stress response. 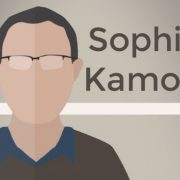 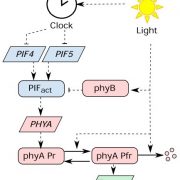 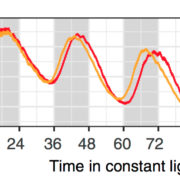 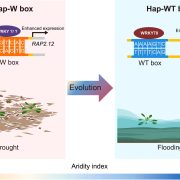 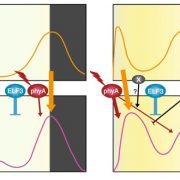 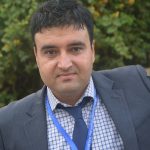 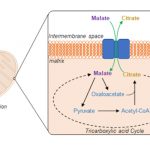 Swapping citrate for malate by plant mitochondria
Scroll to top