Thieffry et al. give a definitive answer to the question of divergent transcription initiation in Arabidopsis, and discover that if left unchecked, it would lead to rampant RNAi. The Plant Cell (2020) https://doi.org/10.1105/tpc.19.00815

Findings: Our data on Arabidopsis seedlings confirms that plants do not generally employ bidirectional transcription initiation: only around one hundred Arabidopsis genes exhibit this feature. However, our findings strongly indicate that if allowed to accumulate, divergent non-coding transcripts are processed to become small silencing RNAs. This process would depend on RNA-dependent RNA Polymerase, an enzyme found in plants, many fungi, and some invertebrates, but not in mammals or insects. We hypothesize, therefore, that reverse strand transcription initiation in Arabidopsis is selected against, since the resulting RNAs may cause ectopic silencing, potentially including epigenetic silencing via the plant-specific RNA-directed DNA methylation pathway. In addition, our approach revealed a large set of long non-coding anti-sense RNAs whose transcription initiates in the 3’-end regions of protein-coding genes. 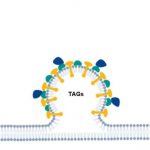 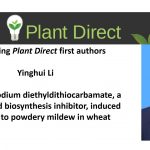