During germination and early seedling establishment, embryos rely on stored energy for growth and cellular maintenance until photoautotrophic growth takes over. Proteins and lipids make up most of the energy-rich stores in the embryo, and in Arabidopsis thaliana, lipids can comprise up to 40% of seed dry weight (Penfield et al., 2005; Baud et al., 2002). Neutral lipids are mainly stored within cytosolic lipid droplets (LDs) as triacylglycerols (TAGs) and sterol esters.

LDs are formed when TAGs and other neutral lipids begin to accumulate within the endoplasmic reticulum (ER) membrane bilayer (Figure 1). The ER membrane leaflet begins to bulge into the cytoplasm as more lipid accumulates, eventually budding off to form the LD (Figure 1) (Pyc et al., 2017; Huang, 2018). The LD is a single phospholipid monolayer surrounded by or embedded with LD-associated proteins (Figure 1). The most abundant LD protein, oleosin, is embedded in the LD membrane and helps maintain lipid droplet structure and regulates lipid mobilization via its extraction and turnover by the ubiquitin-proteasome system (Pyc et al., 2017; Deruyffelaere et al., 2018).

When needed, lipids are released from LDs and mobilized within the plant (Pyc et al., 2017). Lipid mobilization during the early stages of plant development is not well understood, and only a handful of proteins that regulate lipid droplet dynamics have been identified (Pyc et al., 2017; Huang, 2018). It has been suggested that LD proteins act to shield TAGs from lipolytic enzymes; when removed, accessible lipids are extracted and mobilized. Alternatively, LD proteins may interact with cytoplasmic lipases and other regulatory proteins to stimulate lipolysis (Deruyffelaere et al., 2018). 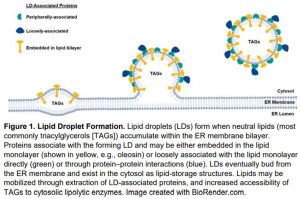 With these combined proteomic/microscopic approaches, LD-association of six proteins was confirmed. These proteins were named based on their functional annotation at The Arabidopsis Information Resource (TAIR), and included a lipase, methyltransferase, hydrolase, dehydrogenase, and an additional LD protein with no functional annotation (Kretzschmar et al., 2019). The functions of these newly discovered LD proteins have yet to be uncovered. The authors noted that the Secretory protein (SEC) 61ɣ subunit of the ER protein translocation machinery (SEC translocase) was also found to be enriched in LD-fractions but did not specifically localize to LDs in the transient expression systems used. The authors note that the ER-localized SEC61ɣ was in close proximity to LDs, which may be indicative of ER-LD junctions (Kretzschmar et al., 2019).

In addition to identifying novel LD-associated proteins, the authors generated a valuable proteomics dataset that will be useful for studying lipid storage and dynamics during seed development and seedling establishment. Many aspects of plant metabolism are now known to be extensively regulated via post-translational mechanisms involving enzymes and/or their associated proteins, rather than through regulation at the transcriptional level (Friso & van Wijk, 2015). As quantitative proteomics approaches continue to improve, these datasets will be instrumental in identifying key regulators of lipid metabolism and other plant metabolic pathways. Combined with previous proteomic analyses (reviewed in Pyc et al., 2017), these dataontribute to our understanding of lipid mobilization and energy partitioning in several economically important species, including oil seed crops (Pyc et al., 2017). 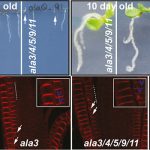 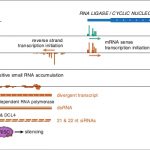 The possible danger of divergent non-coding transcription in plants: widespread...
Scroll to top