Background: Cells localize intracellular processes to subcellular organelles in order to enhance their efficiency. For example, in plant and algal cells, chloroplasts carry out photosynthesis. Within chloroplasts, photosystems I and II carry out the initial steps in photosynthesis by harvesting light energy and converting it to chemical energy. These photosystems are composed of protein subunits, chlorophyll, and cofactors. Many photosystem subunits are encoded by the genome of the chloroplast and synthesized by ribosomes within this bacterial-like evolutionary descendent of an ancient cyanobacterium. The de novo generation of the photosystems is widely believed to occur throughout the chloroplast. The precise location(s) of chlorophyll synthesis in chloroplasts is controversial. Previous work in our laboratory revealed localized synthesis of photosystem II subunits in a discrete “translation zone” in the chloroplast of the unicellular green alga Chlamydomonas reinhardtii. However, it is unknown whether the translation zone organizes the synthesis and assembly of photosystem I subunits or chlorophyll biosynthesis.

Question: We asked whether the translation zone organizes the generation of both photosystems in two distinct developmental contexts; growth for subsequent chloroplast division or differentiation from a non-photosynthetic progenitor organelle. 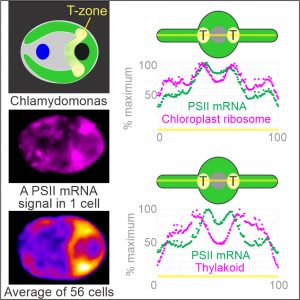 Findings: Our results demonstrate that the translation zone is where the protein subunits and chlorophyll are synthesized and assembled to generate both photosystems I and II in chloroplasts undergoing chloroplast growth or chloroplast differentiation. In addition, to increase the objectivity of our fluorescence microscopy image analyses, we developed a protocol and program that displays the average intracellular distributions of specific proteins and mRNAs from all cells in each experiment in a single image or graph. 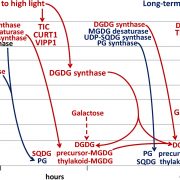 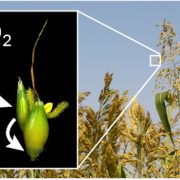 Taproot S4E7: Milestone-Based Decision-Making In and Out of the Lab 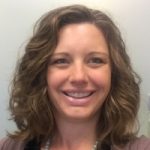 Adapting to high light: At a different time and place?
Scroll to top