Background: Gene expression, i.e., the formation of functional proteins based on information encoded in genomes, is a multistep process that inevitably generates errors. One example is aberrant mRNAs generated by imprecise transcription or alternative splicing, which may produce non-functional truncated proteins. All eukaryotic cells efficiently remove aberrant mRNAs via a process known as Nonsense Mediated RNA Decay (NMD). NMD is essential in many organisms including Arabidopsis, where its impairment triggers strong immune responses. Interestingly, the inactivation of different NMD proteins in Arabidopsis yields different phenotypes, suggesting that some steps of the pathway are redundant or some of the proteins have additional non-NMD related functions.

Question: The phenotypic differences between Arabidopsis NMD mutants prompted us to ask whether these proteins also have different impacts on NMD. The strongest phenotype was observed in upf1 mutants, which are seedling lethal. We previously rescued the lethality of UPF1-null plants by abrogating pathogen defense signaling. This allowed us to address the second question: what is the full impact of UPF1 inactivation on post-transcriptional gene regulation?

Findings: Among the core NMD factors SMG7, UPF3, and UPF1, we observed the largest accumulation of aberrant mRNAs in upf1 plants. This suggests that UPF1 is central for NMD and that the functions of the other proteins are more auxiliary. We further showed that UPF1 inactivation has a major effect on the transcriptome. While this could partly be attributed to diminished degradation of aberrant transcripts, we also uncovered an impact of UPF1 on alternative splicing. Another unexpected observation was that UPF1 promotes the translation of the majority of transcripts, but it suppresses the translation of aberrant and less stable transcripts. Among the most prominent transcripts whose translation is inhibited by UPF1 are those encoding intracellular TNL immune receptors. We propose that UPF1 keeps the level of these receptors at the threshold that allows pathogen surveillance but prevents their unscheduled activation.

Next steps: This study shows that UPF1 lies at the nexus of several gene regulatory mechanisms. In the future, we would like to untangle function(s) of this evolutionarily conserved protein that seem to extend far beyond NMD. 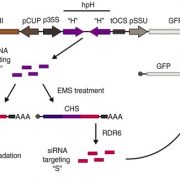 The key role of terminators on the expression and post-transcriptional gene silencing of transgenes (Plant J.) 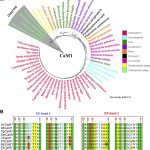 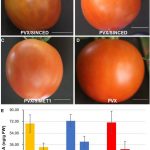