The discovery of semidwarfing genes in wheat and rice was a crucial turning point of the Green Revolution in the late 1960s. The Green Revolution aimed to maintain per capita food supplies worldwide despite the projected doubling of global population by the end of the 20th century. Its main features were the introduction of new high-yielding wheat and rice varieties combined with intensified agricultural practices, including increased application of fertilizers, pesticides, and irrigation. Unfortunately, this higher intensity agriculture led to stem lodging (bending) and the consequent loss of grain yield. This issue was solved by introducing semidwarfing genes that resulted in varieties with shorter stalks that were strong enough to support the heavy grains and extra yield due to improved assimilate partitioning into the grains (Hedden, 2003). These Reduced height (Rht) genes have been widely used, and in the 1990s, their molecular basis was found to be due to mutations in a gibberellic acid (GA) signaling gene leading to reduced responsiveness to GA.

In this issue, Ford et al. (2018) identify the gene underlying an alternative height-reducing mechanism for wheat. The commercial semidwarf durum cv Icaro, also called Rht18 for the semidwarfing gene responsible for its phenotype, was remutagenized and screened for “overgrowth” mutants. The identified overgrowth plants were 10 to 30 cm taller than the parental plant Icaro. Genetic analysis showed that the responsible mutations were most likely allelic and linked to Rht18, which was previously mapped to the centromeric region of chromosome 6A. Given the large size of the wheat genome, an elegant approach of specifically sequencing chromosome 6A, isolated by flow cytometry sorting, was used to discover the causal mutations. This approach revealed that several independent lines of both tetraploid and hexaploid (bread) wheat contained mutations in the predicted coding region of GA 2-oxidaseA9 (GA2oxA9), which catalyzes the deactivation of bioactive GAs. The mutations occurred at conserved amino acid positions and reduced or eliminated GA2oxA9 activity. GA2oxA9 expression was greater in the elongating peduncle and leaf tissue of the semidwarf lines than of the tall parents. Ford and coworkers determined the GA contents in these lines and found that the levels of bioactive GA1 were reduced, suggesting that flux through the GA biosynthetic pathway was reduced.

Ford et al. present a mechanistic model of GA2oxA9-mediated regulation of plant height (Fig. 1). Increased expression of GA2oxA9 in the semidwarf cultivar enhances conversion of GA12 to inactive GA110. This competing reaction decreases flux through the biosynthetic pathway that gives rise to bioactive GA1. Less GA1 causes a reduction in plant height. In the suppressor mutants with impaired GA2oxA9, the conversion of GA12 to GA110 is inhibited. Consequently, normal flux through the GA biosynthetic pathway, normal GA1 content, and plant height are restored. Ford and coworkers conclude that GA2oxA9 is likely responsible for both the semidwarf and overgrowth phenotypes.

This work illustrates the rapid progress in wheat research by highlighting the steps taken beyond the conventional, laborious techniques of gene cloning. In particular, isolating individual chromosomes reduces the complexity of the polyploid wheat genome. The authors demonstrate that suppressor screens in which chromosome isolation is combined with next-generation sequencing and new bioinformatic tools (Sánchez-Martín et al., 2016) can more easily identify genes underlying a phenotype of interest. Further work is needed to elucidate the precise molecular mechanism by which GA2oxA9 expression and activity are regulated. However, the authors anticipate that their discovery will provide wheat breeders with a range of new semidwarf mutants not genetically linked to the widely used Rht-B1 and Rht-D1 alleles. 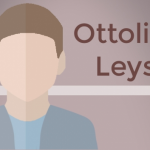