Plasmodesmata are membranous pores that span the plant cell wall creating both cytoplasmic and membrane continuums between cells. By 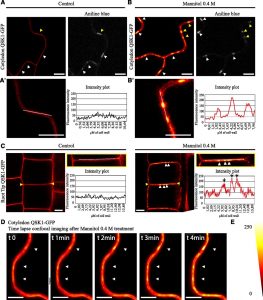 interconnecting most cells throughout the entire plant body, plasmodesmata form a symplastic network that supports and controls the movement of molecules from cell to cell, within a given tissue or organ. By regulating intercellular communication, plasmodesmata orchestrate processes related to plant growth and development as well as responses to pathogens and abiotic stresses. Plasmodesmata also act as specialized signaling hubs, capable of generating and/or relaying signaling from cell-to-cell through plasmodesmata-associated receptor activity. Grison et al. (10.1104/pp.19.00473) show that specific plasma membrane-localized Leu-rich-repeat receptor-like-kinases, Qiān Shŏu (thousand hands) kinase (QSK1) and inflorescence meristem kinase2, which under optimal growth conditions are absent from plasmodesmata, rapidly relocate and cluster to the pores in response to osmotic stress. This unusual process is remarkably fast and is independent of sterol and sphingolipid membrane composition. Focusing on QSK1, previously reported to be involved in stress responses, the authors show that relocalization in response to mannitol depends on QSK1 phosphorylation. Loss-of-function mutation in QSK1 results in delayed lateral root development, and the mutant is affected in the root response to mannitol stress. Callose-mediated plasmodesmata regulation is known to regulate lateral root development. Callose levels are reduced in the qsk1 mutant background with a root phenotype resembling ectopic expression of plasmodesmal-localized β-1,3 glucanase, an enzyme that degrades callose at the pores. The results presented emphasize the dynamic nature of plasmodesmata membrane domains, which can within few minutes of stimulation recruit plasma membrane-located receptor-like proteins that presumably trigger local mechanisms to regulate plasmodesmata aperture and, thereby, plant developmental response to environmental stresses. 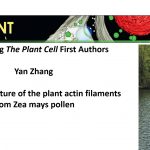 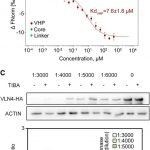