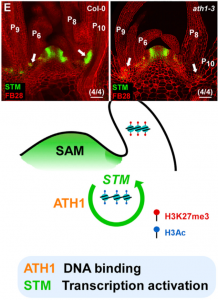 Plasticity in plant development comes from the meristematic cells that are maintained throughout plant growth and among other things produce lateral organs such as shoot branches.  In this paper, Cao et al. show that the self-activation loop of SHOOT MERISTEMLESS (STM), a meristem marker gene that encodes a homeodomain transcription factor, is important for the maintenance of meristematic cells at the leaf axil. The authors identified a mutant, ath1-3, with a T-DNA insertion in ARABIDOPSIS THALIANA HOMEOBOX GENE1 (ATH1) gene, encoding a BEL1 like homeodomain protein, that fails to initiate axillary meristems. ATH1 is expressed broadly in the shoot apical meristem and in leaf primordia. In the ath1-3 mutant, the expression of STM decreased in the axils of leaves produced later in development compared to Col-0. Both ATH1 and STM are nuclear localized and bind to the overlapping cis elements in the STM locus, activating its expression. Increased expression of STM was observed only when both ATH1 and STM were present compared to either of them alone, suggesting the formation of heterodimers in self-activation loop. Competition experiments with the KNOX domain of STM, which retains the interaction with ATH1 but has reduced transcriptional activity, confirmed the role of ATH1-STM heterodimer in STM activation. Basal expression of STM in the leaf axil cells maintains the chromatin in permissive state;  Histone3 lysine 27 trimethylation (H3K27me3), a signature of silenced chromatin, was increased, and acetylation marks on Histone3 (H3Ac), signatures of active chromatin, were decreased in ath1-3 compared to Col-0. (Summary by Vijaya Batthula) Curr. Biol. 10.1016/j.cub.2020.03.031 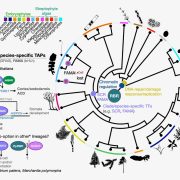 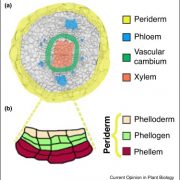 Review. The development of the periderm: the final frontier between a plant and its environment (COPB) 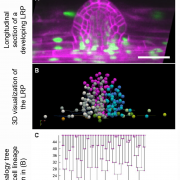 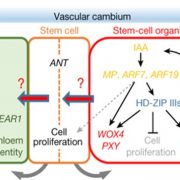 Origin and function of the root vascular cambium ($) (Nature)

Self-isolation to the rescue – how plasmodesmata initiate signaling in response... 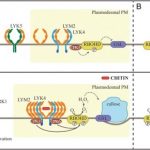 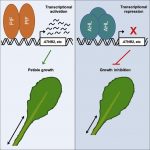