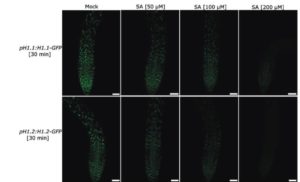 Green Fluorescent Protein (GFP) is a widely-used reporter with which to analyze protein localization and expression levels. De Jonge et al. report that GFP fluorescence is greatly diminished in the presence of the hormone salicylic acid (SA), as is the fluorescence of the reporters RFP and VENUS. The reduction of fluorescence is observed with many different promoters, suggesting that it not due to transcriptional effects. Furthermore, the protein level is not affected by SA, indicating again that it is not due to expression-level effects. Finally, the authors showed that the fluorescence in vitro is unaffected by SA, which suggests that the fluorescence reduction requires as yet undetermined cellular components. Until this effect is understood, it is a good idea to be cautious when using GFP or other similar markers in the presence of SA. J. Exp. Bot. 10.1093/jxb/erx031 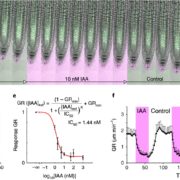 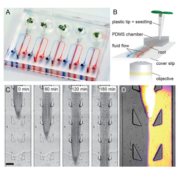 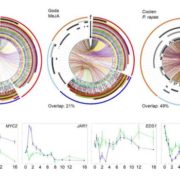 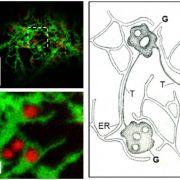 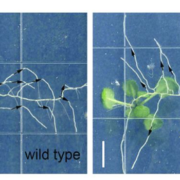 Mutations in Argonaute5 illuminate epistatic interactions of the K1 and I loci...
Scroll to top