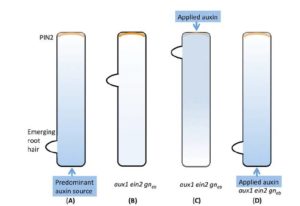 Leyser summarizes our current understanding of the what, how and why of what auxin does (and doesn’t) do. For example, she points out that, “Auxin does not instruct cells to do anything in particular, but rather it influences the  behavior of cells according to their pre-existing identity.” She also observes that cells don’t go from a state of no auxin to auxin, as there is always auxin; rather, cells respond to changes in the amount of auxin. The author discusses the specificity of the well-described transcriptional responses to auxin and also how certain auxin responses appear to occur at least somewhat independently of transcriptional changes. Finally, she discusses the role of auxin transporters in auxin-mediated polarization phenomena, and considers models for the role of auxin in root hair placement and evidence in support of (or not) other auxin receptors including ABP1. Plant Physiol. 10.1104/pp.17.00765 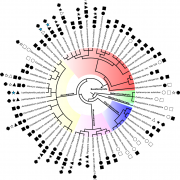 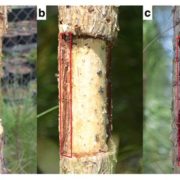