Due to the COVID-19 pandemic many seminar series and conferences have been canceled or postponed. In response to this, and to make sure plant scientists can continue to communicate their latest work to their peers, The American Society of Plant Biologists launched a virtual seminar series via our online community, Plantae. This is the 7th seminar in this new series, each of which features two speakers (read more). A list of upcoming seminars and recorded videos can be found here. 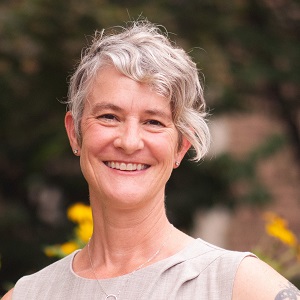 Liz Haswell a Professor and HHMI Scholar at Washington University in Saint Louis. She was an undergraduate at the University of Washington, did her PhD at UCSF, and completed postdoctoral studies at Caltech before moving to Wash U. She is a Senior Editor at The Plant Cell and, along with Ivan Baxter, co-hosts the TapRoot podcast. Her research focuses on the molecular mechanisms that underlie the perception and transduction of mechanical signals in plants. @ehaswell 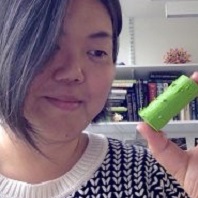 Naomi Nakayama: Forms and functions of the dandelion diaspore: how to fly and tune the flight

Naomi Nakayama is a senior lecturer in the Department of Bioengineering at Imperial College, London. She got her PhD in Molecular, Cellular, and Developmental Biology at Yale University, and was a postdoc at , a Chancellor’s Fellow at the University of Edinburgh and is now a group leader and ​Royal Society University Research Fellow at Imperial. Her work is very interdisciplinary and research in her Biological Form + Function group looks at a variety of plant systems, from trees to seeds, to understand how plants sense and respond to living signals and the resilience of living architecture. Naomi was recently profiled in New Phytoloigst.  @nakayama_naomi 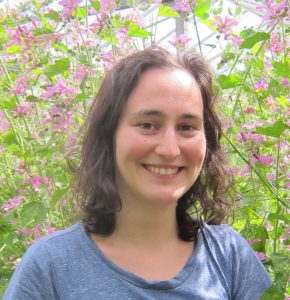 Madeleine Seale is a Leverhulme Early Career Fellow, University of Oxford, who studies how changes in water status affect the biomechanics of bryophytes focusing on how mechanical forces affect cell wall integrity and tissue morphogenesis. She is also a Plant Physiology Assistant Features Editor. @MaddySeale

I have a technical question! What kind of perfusion system did you use for injection during ca2+ signal recording?

Which part of the plant in a mature period, is the most area you can detect this expression (msl10 gene)? Is it possible to find in anther development?

I’d think that a mechano-sensitive sensor could not only react to cell swelling but also to touch. How were the experiments designed to make sure no touch or other outside forces might trigger the MSL10-mediated responses?

What about MSL10 interacting partners? Do you have any clue?

Is there some type of dose-response effect, meaning more pressure means more response?

Does the activity of MSL10 generate any developmental plant response in terms of morphogenesis?

Thank you for your talk. Do the plants mutant in msl10 / MSL10 gain of function have any phenotype in arabidopsis seedling roots?

Can MS ion channels directly interact with other proteins through cytoplasmic domain?

Why is TCH response in the two msl mutant lines under hypo-osmotic so different?

Is there tissue specificity for the MSL? and is there a threshold pressure for the channel to start work?

Have you tested if the msl10 KO affect GA morphology changes? As GA affects cell expansion.

I am wondering if any kind of toxicity in the soil like aluminum toxicity might affect mechanosensitive channel activity in roots??

There are also many other stimuli that trigger Ca, ROS, WRKY18 expression, and PCD, such as Pst infection. How much is the MSL10-mediated induction of these responses specific to mechanostresses?

Are MSL mutants affected in their root ability to penetrate the soil and explore it?

Great talk! the question about cell type, vacuole type. Cell swelling occurred in the cells with lytic vacuole and accompanied by changes in vacuolar pH and transport through tonoplast. Did you consider this?

Are there mechanosensitive channel families not found in plants? What are they?

Is it possible that reactive oxygen species are not exported in the mutant in response to pathogen attack?

Is it known which type of mechanosensitive ion channels functions in gravity sensing?

Would you expect the force caused by a penetrating haustoria to invoke a similar stress to osmosis induced swelling?

is there any known mechanosensitive channel specific to the nucleus that directly regulate gene expression?

Can you expand on the role of phosphorylation in MSL10 regulation?

Could bacterial resistance be due to Calcium signaling?

Do you have a question? Share your comments and thoughts below! 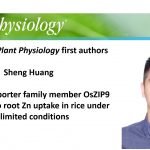 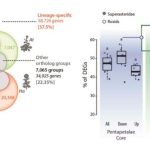 All Together Now: Phylotranscriptomics Reveals Core Responses to Fungal Infection...
Scroll to top