Carlos Ballaré: Phytochrome, jasmonate, and the balance between growth and defense 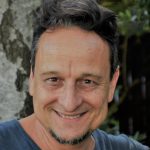 Prof. Carlos L. Ballaré studies the mechanisms by which plants obtain environmental information. Carlos graduated as Ingeniero Agrónomo and MSc (University of Buenos Aires, 1984, 1989) and PhD (Oregon State University, 1992). He is currently a Senior Researcher (CONICET) and full professor at the University of Buenos Aires and the National University of San Martín. He was a visiting scientist at Utah State University (USA) and the Max Planck Institute for Chemical Ecology (Germany). Carlos is currently an Editor at New Phytologist (2017-), Editor-in-Chief of Oecologia (2013-) and Vice-President of the International Union of Photobiology (IUPB) (2014-). He was a been a Member of the Environmental Effects Assessment Panel (United Nations Environment (Programme 2002-2019). @BallareCL 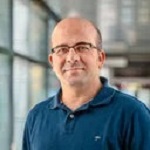 Haim Treves is a post-doc in the Max-Planck Institute of Molecular Plant Physiology. His research interests focus on what limits the growth rate of photosynthetic organisms, and the role played by photosynthesis-associated metabolism in setting these limitations. During his PhD in the Hebrew University of Jerusalem, he characterized the extreme resistance and unprecedented growth rate of the desert alga Chlorella ohadii, named after the late renowned plant physiologist, Prof. Itzhak Ohad. 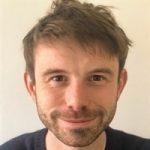 Scott Hayes’ research mainly sits at the interface between plant signalling networks. Throughout his career, he has researched how light signals, temperature, salinity, drought, and the clock all interact to shape plant development. He has been awarded several fellowships, including those from EMBO and Marie Curie, and has served as an Assistant Features Editor for Plant Physiology. He currently works as a postdoctoral fellow with Christa Testerink at Wageningen University in the Netherlands, researching the effect of temperature and water stress on root elongation. From next year onwards, he is looking for tenure track positions and so would be happy to hear from you if you think he would make a good fit! You can find Scott on Twitter @Scotanist

Is there any evidence for a direct effect of JA on PIF4 functioning?

To the best of our knowledge, there is no evidence of direct interaction. However, a recent study suggested that JAZ could indirectly repress PAR1 expression to regulate Arabidopsis hypocotyl elongation in low R:FR (10.1105/tpc.18.00991). PAR1 in turn represses hypocotyl growth by inhibiting PIF transcriptional activity.

Is there a possibility that the sulfated jasmonate is desulfated?

It is an interesting question, given the role of sulfatases in animal systems. We have measured HSO4-JA after several days of herbivory and found that it tends to accumulate to levels that are around 10-50 times greater than those of JA, suggesting that HSO4-JA might be an end product for jasmonate metabolism. Certainly, more work is needed in this area.

I work on a similar subject, light signalling and disease resistance but on the side of photosynthesis and non-photochemical quenching. Are the phytochromes linked with the photosynthetic mechanism? Do you think there is an overlap there?

Surely there is overlap. For chloroplast retrograde signals and SAS, see e.g. DOI 10.1105/tpc.18.00617 from the Rodríguez-Concepción and Martínez-García labs. Less is known about the effects of these interactions on defense

Were you thinking on studying the effect of R light to see whether plant defenes could be enhanced? and to see if you could reverse the negative effects of FR on defense?  (Mara Meisenburg, WUR)

Yes. There is work done by several labs on effects of R light (e.g., from LEDs) on resistance to necrotrophic pathogens.

Have you tested the defense response in a non shade avoiding plant like Cardamine hirsuta for example.

Good question. We haven’t, but see work by Gommers, Pierik and others DOI 10.1105/tpc.16.00790, showing contrasting effects of FR on defense-related genes between shade-tolerant and -intolerant species of Geranium.

Is to more likely you get infected in shade or above canope and could you imagine SAR as an avoidance response to attackers ?

Interesting point. Leaves and other organs placed above the canopy may be at a high risk of being attacked by herbivores, as they would be easily discovered by grazers or insects searching for food or oviposition targets. Our current hypothesis is that the morphological changes associated with SAS are in direct conflict with those that would maximize defense (see Ballaré & Austin DOI 10.1093/jxb/erz237). However, it is also possible that, by escaping from shade, plants might be able to position their tissues in areas with reduced pathogen pressure (i.e., because of the reduced humidity, etc.).

From the data from Fernandez-Milmanda it appears that a mutation in st2a is sufficient to compeltely abolish the negative effects of FR on plant defenses, indicating that st2a is the major switch linking FR-light to inhibited plant defences. Why does FR than also reduce JA sensitivity through the DELLA-JAZ interaction? What is the added effect?

ST2a seems to be a key control upstream of JA-Ile. Reductions in DELLA abundance under low R:FR may increase the ability of JAZ proteins to repress their target TFs (DOI 10.1111/nph.12971). But in a st2a KO, JAZ levels are likely reduced compared to the WT (because of increased JA-Ile accumulation) and, therefore, low R:FR-induced changes in DELLA abundance might not translate in a reduction in plant defenses. 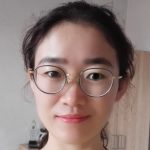 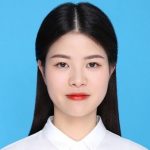