Please enjoy a special edition of Plantae Presents, featuring four Australian Society of Plant Scientists awardees: the joint-winners of the Jan Anderson Award, Crystal Sweetman and Kristine Crous; the winner of the Peter Goldacre Award, Alex Wu; and the winner of the ASPS-FBP Best Paper Award, Karen Frick. Each presented a 15 or 20 minute talk, followed by five minutes of questions. This is a two hour webinar.

(Note: Karen asked that her presentation not be recorded, its omission in the video is not an error).

About the Awardees (scroll down for abstracts)

Crystal Sweetman, joint-winner of the Jan Anderson Award. The title of her talk is “Harnessing the alternative pathway of respiration for improved abiotic stress tolerance in plants” 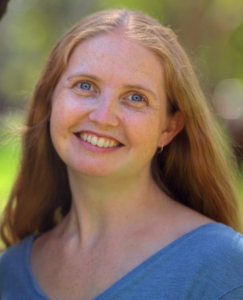 Dr. Crystal Sweetman completed a BSc (Hons) in 2006 at Flinders University, South Australia, where she was awarded the University Medal and a Chancellor’s Letter of Commendation. She completed her PhD in Biochemistry and Molecular Biology under the guidance of Prof. Kathleen Soole and Assoc. Prof. Christopher Ford, through a joint project between Flinders University and The University of Adelaide that focused on the effects of elevated seasonal temperatures on metabolic pathways of malic acid in wine grapes. Crystal then accepted a post-doctoral role at The University of Adelaide, continuing her research on the metabolism of important organic acids in grapes until 2014, when she moved back to Flinders University as a research associate. Since then, her research focus has continued in the avenue of environmental stress and the effects on plant metabolism, targeting the alternative pathway of respiration in mitochondria throughout a range of plant species and stress conditions.

Kristine Crous, joint-winner of the Jan Anderson Award. The title of her talk is “Harnessing the alternative pathway of respiration for improved abiotic stress tolerance in plants” 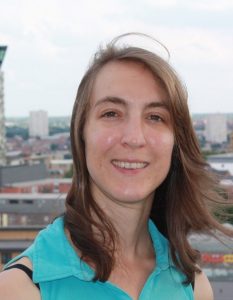 Dr. Kristine Crous has worked on photosynthesis and respiration of diverse tree species for over 10 years since earning her Ph.D. at the University of Michigan, USA. After her PhD, she was a postdoc fellow at the Australian National University and then at Western Sydney University. In 2016, she was awarded a DECRA fellowship and a Russell award on rainforest acclimation to climate warming. She is an associate editor for AOB Plants.  She has published over 50 scientific papers in the literature, on topics such as global warming, and plant responses to atmospheric CO2 as well as interactions between CO2 and warming.

Alex Wu, winner of the 2020 Peter Goldacre Award. The title of his talk is “Linking plant processes across scales to support crop improvement” 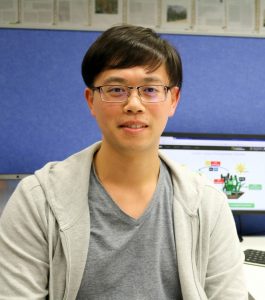 Dr Alex Wu received his PhD in mathematical modelling of biological systems from the University of Queensland (2015). He joined the ARC Centre of Excellence for Translational Photosynthesis for his postdoc in Graeme Hammer’s team at UQ, and has been leading the development of an advanced two-way modelling framework linking detailed plant processes, such as those in the photosynthetic pathways, with well-characterised crop-level processes of growth, development, and yield – the cross-scale model. His recent modelling paper on connecting crop canopy growth with leaf photosynthesis earned the Australian Society of Plant Scientists-Functional Plant Biology Best Paper Award for 2018. Synergistic to his theoretical modelling, Alex works extensively with bioengineering, plant physiology, and breeding partners. He aims to advance mechanistic connection between complex crop traits, such as yield, with detailed plant processes to establish robust links with the underlying genetic regulation and devise optimised bioengineering strategies to support crop productivity gains. @doc_alexwu

Karen Frick, winner of the ASPS-FPB Best Paper Award. The title of her talk is “Understanding the biosynthesis and transport of toxic alkaloids in narrow-leafed lupin (Lupinus angustifolius L.) to improve grain quality” 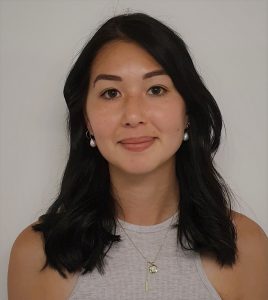 Karen Frick is a Marie Curie postdoctoral fellow at the University of Copenhagen in the Section for Plant Biochemistry. She completed her PhD at the University of Western Australia and CSIRO. Karen’s research interest lies in the improvement of promising and underutilized crops for sustainable agriculture. Her particular area of expertise concerns the grain legume crop narrow-leafed lupin and the biosynthesis and transport of the toxic quinolizidine alkaloids found in the plant.

Upon its discovery, the alternative pathway (AP) of respiration in plant mitochondria was described as “energetically wasteful”. It bypasses energy-conserving complexes of the classical electron transport chain (ETC), effectively uncoupling the catabolism of respiratory substrates from the production of ATP. Consequently, respiration via the AP is not regulated by the energy status of the cell. While providing the basis for heat generation in thermogenic plants, components of the AP, i.e. type II NAD(P)H dehydrogenases (NDs) and alternative oxidase (AOX) are present in all plants and most tissues tested to date and therefore additional roles are hypothesised, with varying degrees of experimental support. These include (i) maintenance of respiration when the classical pathway components become compromised or limiting (ii) metabolic flexibility via the removal of ATP feedback limitations on respiratory intermediate catabolism (iii) mitigation or prevention of oxidative stress due to the bypassing of ROS-producing complexes in the classical ETC and (iv) facilitating signalling mechanisms between mitochondria and chloroplast or other organelles.

ND and AOX proteins are encoded by multigene families and some of these genes are highly responsive to numerous stressors; some genes also show co-regulation in response to stress. Theoretically, if an ND and an AOX protein function cooperatively, electron transport through the ETC can occur without producing any ATP at all, although this has never been shown experimentally. In Arabidopsis thaliana the stress-responsive, co-expressed AtNDB2 and AtAOX1A genes were targeted using a reverse genetics approach. Mitochondria from plants over-expressing one or both proteins were used to demonstrate a fully functional alternative pathway of respiration. Plants lacking either protein were more sensitive to combined drought and elevated light treatments, while plants overexpressing these components showed increased tolerance and capacity for post-stress recovery. These results align with the emerging hypothesis that the alternative pathway helps prevent photo-inhibition during environmental stress, and we suggest that both AOX and NDs are important for this. In commercially valuable plants including wheat, barley, rice, chickpea and soybean, the genes encoding NDs and AOX have been identified and stress-responsive isoforms elucidated. Recombinant proteins from some of these genes have been analysed for enzyme activation kinetics.

Crop yield is the integral of complex dynamic interactions among underlying plant processes and the environment over the crop life cycle. Traditional crop growth and development models (CGMs), containing mathematical representations of the interacting biological and environmental components, enable prediction of temporal trajectories of organ-level attributes. There are great values in advancing CGMs to incorporate more detailed processes, such as the photosynthetic pathways, and capturing two-way interactions across levels of biological organisation. Such advances create a platform for linking complex crop traits with their underpinning genetic control and can be exercised to provide proof of concept for bioengineering intervention for crop yield improvement. A cross-scale model has been developed linking biochemical and biophysical models of leaf photosynthesis and stomatal conductance with the Agricultural Production Systems sIMulator CGMs via a canopy-level model. The connection involves simulation of canopy biomass growth and water demand from leaf CO2 assimilation and transpiration to drive growth of competing organs. This interacts with changes in the status of soil moisture and nitrogen, which in turn have feedback effects on the leaf-level processes. The model was extensively validated with field crop experiments and exercised to test effects of photosynthetic enhancement pathways on crop yield. Assessment of major photosynthetic manipulation targets revealed yield response varied markedly with different enhancement targets and was confounded by variable environments, especially degree of soil moisture, highlighting the importance of addressing the photosynthesis–stomatal conductance link. Advancing modelling capability to link complex dynamic plant-environment interactions across scales will add mechanistic grounding to discussion in designing bioengineering strategies for crop improvement.

Narrow-leafed lupin (NLL) is a sustainable grain legume crop with great potential to support the protein requirements of a rapidly growing global population. The major barrier preventing NLL from becoming more widely cultivated is the level of toxic specialised metabolites in the grain—the quinolizidine alkaloids (QAs)—which are involved in plant defence and are suggested to be synthesised in vegetative tissues and transported to the grain. While low-QA producing cultivars of NLL exist, grain QA levels still occasionally exceed industry thresholds to be accepted for food and feed purposes and the genetic and environmental factors responsible for this are poorly understood. Here, I assess the extent of QA biosynthesis and accumulation in vegetative and reproductive tissues of ‘sweet’ (low-QA) and ‘bitter’ (high-QA) NLL and subsequently identify candidate genes involved in QA biosynthesis using NLL genomic and transcriptomic resources. I also examine how QA biosynthesis and accumulation is affected by abiotic and biotic stresses often imposed upon NLL cultivars during pod set. Cultivar-specific increases in grain QA levels in response to drought and increased temperature was observed in three genetically distinct cultivars. Aphid predation did not increase grain QA levels in NLL cultivars, however exogenous methyl jasmonate application increased QA biosynthesis and QA levels in bitter but not sweet NLL, offering insights into the regulation of QA biosynthesis. This research provides a better understanding of the QA biosynthetic pathway and identifies environmental factors which can increase grain QA levels. This serves to assist lupin breeders and growers to produce a higher value NLL crop with low grain QA levels that is suitable for market.

About the Jan Anderson Award

Joan (Jan) Mary Anderson FAA FRS FDhc (Umeå) was an internationally acclaimed plant biologist renowned for her discoveries on the organization of the intricate membrane structures that carry out solar energy conversion in cells of green plants. Jan’s experiments and insights changed the way we think about the light reactions of photosynthesis. Her research career spanned some 55 years, mostly at the Division of Plant Industry CSIRO Canberra (1961-97) and then in the Research School of Biological Sciences at the Australian National University. Jan was a passionate and creative female scientist who was well ahead of her time. She was an inspiration to young researchers, for whom her enthusiasm and curiosity were infectious. Professor Jan Anderson died on 28 August 2015 after a short illness. In recognition of her life and achievements in photosynthesis research as a pioneering female scientist, this award acknowledges talented female plant science researchers.

About the Peter Goodacre Award

Peter Goldacre was an enthusiastic researcher who was held in great respect by his peers. His tragic death in 1960 from stomach cancer at age 34 shocked and saddened all his friends and colleagues. The Goldacre Medal was subsequently established as a lasting tribute to his contributions in plant physiology, and as an encouragement to young researchers. The awardee must have no more than 10 cumulative years of employment subsequent to the year their PhD was submitted at the time of applying for the award.

About the ASPS-FPB Best Paper Award

Functional Plant Biology (FPB) is pleased to offer an annual award for the best paper published by an early-career researcher in the Journal in each calendar year. To be eligible for the prize, the first author must be no more than 10 years post-PhD and be a member of the ASPS or NZSPB. FPB Reviewers are asked to nominate whether a manuscript is suitable for consideration for the prize, and nominations are then judged by the Editor-in-Chief and a member(s) of the Executive Committee of the Australian Society of Plant Scientists, to select a winner. 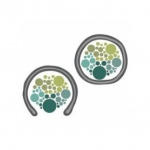 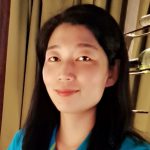