Review: Interplay between turgor pressure and plasmodesmata during development 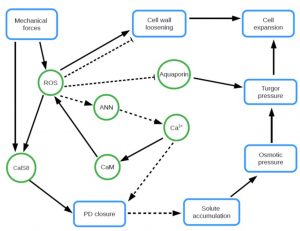 Plasmodesmata, small cytoplasmic channels connecting adjacent cells, allow small molecules to move and redistribute information and resources. Plasmodesmatal aperture is highly regulated, which is crucial to development and defense. Hernández-Hernández et al. review the contribution of turgor pressure to stomatal aperture. Turgor pressure that builds up within cells is largely due to the movement of water into a compartment with more solutes, causing that compartment to build up pressure. Turgor contributes to the stomatal aperture, cell expansion, phloem transport, and has been implicated in lateral root development. The authors review the structure and function of plasmodesmata and how the movement of solutes is controlled through changes in aperture, resulting in part from callose deposition at the neck. Finally, they review evidence for the bidirectional interactions between turgor pressure and plasmodesmatal permeability; for example, a difference in turgor pressure between cells depends on low plasmodesmatal permeability, and plasmodesmatal permeability responds to differential turgor pressure, possibly involving calcium and reactive oxygen species signals. They conclude with a summary of outstanding questions. (Summary by Mary Williams) J. Exp. Bot. 10.1093/jxb/erz434

Review. The development of the periderm: the final frontier between a plant and its environment 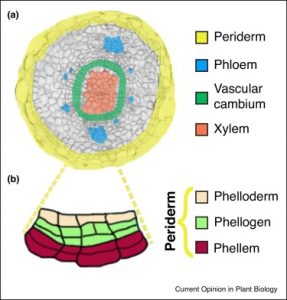 Campilho et al. have written an interesting review about the molecular basis of periderm development. During secondary growth (increase in girth) of most gymnosperms and dicots, the outer epidermal layer is gradually replaced by the periderm, which facilitates gas exchange and defense. Periderm is composed of three tissues: the phellogen (cork cambium), which generates the phellem (cork) and the phelloderm (cork parenchyma). Phellem (cork) cells are dead and their walls highly suberized, rendering the tissue an effective barrier.  Through studies of Arabidopsis as well as woody species including cork oak, new insights have arisen into the origins of the periderm. Not unexpectedly, it shares many regulatory hubs with the vascular cambium, a similar meristematic tissue that lies internal to the periderm. In stems, periderm forms under the epidermis, whereas in roots it is derived from the pericycle cell layer. As the authors observe, given its importance in defense and as a source of cork and secondary metabolites, more research into the periderm is warranted. (Summary by Mary Williams)  Curr. Opin. Plant Biol. 10.1016/j.pbi.2019.08.008 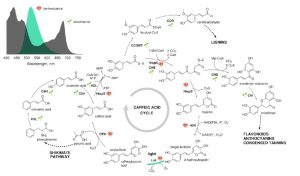 Nothing beats being able see gene expression in real time and space. In recent years, plant biologists have made great strides in understanding plants by using the visual reporters GUS, green fluorescent protein (and other fluorescent proteins) and luciferase. Each of these requires either a substrate or an illuminating light source. Now, Mitiouchkina et al. have developed plants that luminesce without requiring any exogenous inputs. They started with a luminescent pathway from fungi that draws substrates from the plant’s own caffeic acid pathway. Here they present our first views of this new method, with an overview of where highest levels of luminescence are observed in the plant, and insights into the rate-limiting substrate. It will interesting to see how quickly this new reporter is embraced and optimized by the community! (Summary by Mary Williams) bioRxiv 10.1101/809376. 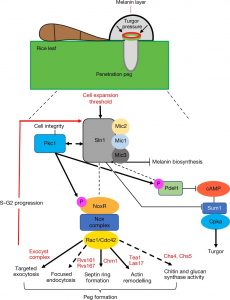 Magnaporthe oryzae, the causal organism of blast disease in rice and wheat, is the most devasting pathogen in rice production. During infection, it develops a germ tube that forms an infection structure called the appressorium. Through septin-mediated reorganization of the cytoskeleton, a high amount of turgor pressure is generated that allows it to rupture the leaf cuticle. Ryder et al. used a combination of cell biology, molecular genetics and mathematical modelling to decipher the molecular mechanisms regulating appressorium-generated turgor pressure during plant infection. Typically, accumulation of glycerol and a melanin-rich cell wall is necessary for turgor generation. Treatment with glycerol or a melanin biosynthesis inhibitor interferes with turgor accumulation and septin reorganization, thus, demonstrating that a critical threshold of cellular turgor is required for septin organization at the appressorium pore and that this event is necessary for plant infection. The authors identified a kinase, Sln1, that functions as a turgor sensor and localizes at the appressorium pore in a pressure-dependent way. Sln1 also negatively regulates melanin biosynthesis and glycerol production.The Sln1 knock-out strain Δsln1 displays a non-functional appressorium with disrupted septin organization, excess intracellular appressorium turgor and a hyper-melanized appressorium phenotype.  Taken together, Ryder et al demonstrated that turgor-mediated infection by the rice blast pathogen is mediated by a turgor sensor kinase, Sln1.  (Summary by Toluwase Olukayode) Nature 10.1038/s41586-019-1637-x 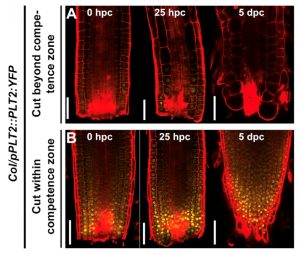 Plants can regenerate organs after damage, or even regenerate a whole plant. The regeneration efficiency is different across the organism. In this study, Durgaprasad et al. studied the factors that determine regeneration competence across Arabidopsis roots. They focussed on PLETHORA2 (PLT2), a gene involved in root stem cell maintenance that is expressed in a gradient in the roots. The authors made cuts at different positions in the roots and measured organ regeneration; through these resection experiments, they found a correlation between PLT2 expression levels and the regeneration potential along the root. This capacity is extended if PLT2 expression is modified. However, if the expression level of PLT2 exceeds a threshold, the regeneration capacity is reduced. Evidence suggests the action of a regulatory loop where PLT2 maintains the optimal level of PLT2 expression. It was recently found that PLT proteins form complexes; in the case of root regeneration, higher levels of PLT2 could modify the stoichiometry of protein complexes and affect the expression of target genes. (Summary by Humberto Herrera-Ubaldo) Cell Reports 10.1016/j.celrep.2019.08.099 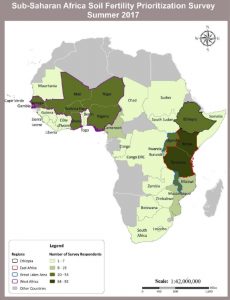 Food security is a major issue in sub-Saharan Africa, aggravated by rapid population growth and low soil fertility. Stewart et al. explore approaches to improve soil fertility, hence food production, in this region. They argue for a holistic approach that addresses not only yields, but also poverty reduction and resilient and sustainable livelihoods. They point out that simply applying inorganic fertilizes is less effective when soils are also depleted in organic carbon. Longer-term benefits can emerge from looking also at water-holding capacity and factors that affect nutrient uptake efficiency, such as pH and the soil microbiome. The authors undertook a large-scale survey and summit to identify needs and appropriate approaches across several regions (details of the survey and responses are available from their website at: https://www.k-state.edu/siil/resources/soilfertility/index.html. A key finding is the limited access of financial resources for subsistence and smallholder farmers. Lack of mechanization and training and better private sector support and soil testing services were also identified as needed. The authors lay out of set of approaches that should be implemented simultaneously to address these problems. (Summary by Mary Williams) J. Exp. Bot. 10.1093/jxb/erz446

Viewpoint: The Poisonous Pollens, why do they exist? 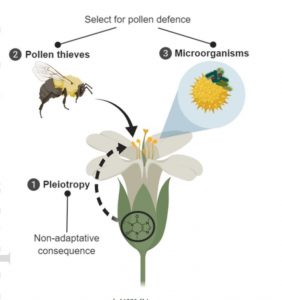 Besides being the carrier of male gametes in plants, pollen cells also unexpectedly contained some toxic properties that are collectively called “Pollen Defensive Compounds”. This raises the question: what is the evolutionary significance of these toxic compounds? In this Viewpoint by Rivest and Forrest, three hypotheses are presented, particularly as they pertain to the role of bees in driving the evolution of pollen defenses. The first, Pleiotropy hypothesis, claims that these defensive compounds just happen to be defensive, it reflects nothing but physiological spillover of the adjacent plant tissue. Alternatively, the Protection-against-pollen-collection hypothesis indicates that low-efficiency pollinators and pollen thieves drive the evolution of pollen defense in plants. The third is that the pollen toxic metabolites are protective from microorganism colonization. The review summarizes numerous studies the shed light on these hypotheses, but as yet the primary driver of pollen defenses is uncertain. It seems may be that they protect pollen from both herbivores and pathogens. Additional studies to better understand poison pollen are proposed. (Summarized by Nanxun Qin) New Phytol. 10.1111/NPH.16230 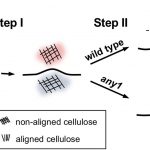 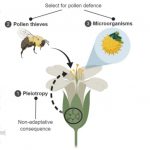 Viewpoint: The Poisonous Pollens, why do they exist? (New Phytol)
Scroll to top