The September Plantae competition asked plant scientists to write and submit haiku about plant science. With nearly 100 submissions, our judges struggled to make their decision. Most of the submissions embodied the spirit of the haiku form, many were lovely, nearly all expressed the author’s fascination for plants and plant science, and some made us laugh out loud (LOL).

In the end, the judges selected a haiku submitted by Destiny Davis, a graduate student at UC Davis who works on cell plate formation during cell division (cytokinesis). Her winning haiku describes the vesicle movement towards the cell center that characterizes cell division in plant cells. Here, we’ve illustrated her haiku with an image extracted from a paper in which she is an author. 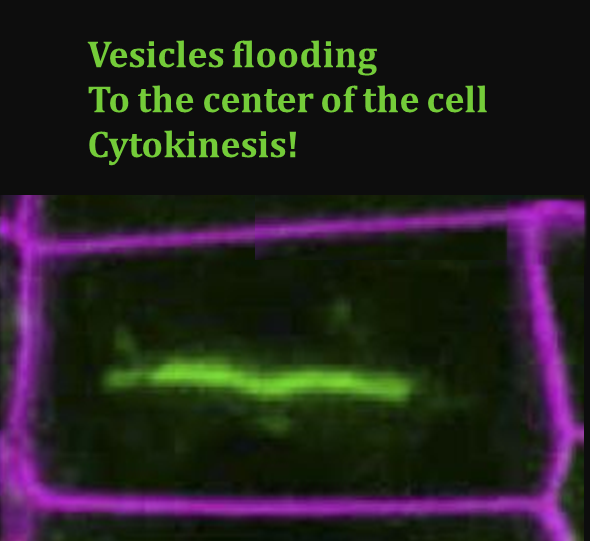 (Maybe one day in the future we’ll ask authors to submit haiku along with their manuscripts….).

Thank you again for all of your submissions – we’ll be sharing some of them (with attribution) on social media and at meetings.

The October Plantae competition is a photo caption competition.  Login to submit your best caption and vote for your favorites. The winner will be the caption that recieves the most “likes” by the end of October.

Fall Into a New Career Opportunity – October 3, 2017
Scroll to top