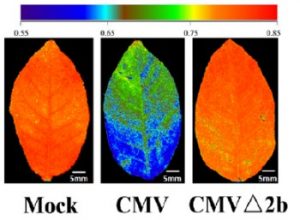 Hemipterans, a group of phloem-feeding insects that includes aphids, planthoppers, and whiteflies, are responsible for the spread of most plant viruses from plant to plant. Stylet positioning and feeding activities have important consequences for the acquisition and transmission of viruses by insect vectors. Persistently transmitted viruses (PTVs) typically benefit from sustained feeding in the phloem. In contrast, nonpersistently transmitted viruses (NPTVs) benefit when insect vectors frequently change the feeding location or even the host plant because these changes increase the probability of virus acquisition and transmission. Aphids, which are the most well-studied vectors of plant viruses, transmit over 300 plant viruses, and most are NPTVs. Aphids generally probe more frequently when there are stronger plant defenses in the epidermis and mesophyll tissues, i.e., when they confront high levels of reactive oxygen species (ROS), activation of phytohormone-mediated resistance, cross linking of the cell wall, and deposition of callose. These plant defenses and their associated molecular signaling can be modified by some viral-encoded proteins. For example, the 2b protein, which is encoded by the NPTV cucumber mosaic virus (CMV), is a well-studied suppressor of host RNAi that targets the host’s RNA-binding protein ARGONAUTE1 (AGO1). AGO1 is required for a number of pathogen-associated molecular pattern-triggered immunity responses including callose deposition. Guo et al. (10.1104/pp.18.00437) report that compared to a CMVD2b strain with a deletion of the viral suppressor of RNAi 2b protein in CMV, plants infected with wild-type CMV produce higher concentrations of the reactive oxygen species (ROS) H2O2 in plant tissues. Aphids on wild-type CMV-infected plants engage in shorter probes, less phloem feeding relative to CMVD2b-infected plants. Therefore, the frequency of virus acquisition and the virus load per aphid were greater on CMV-infected plants than on CMVD2b-infected plants. Aphids also moved away from initial feeding sites more frequently on wild-type CMV infected versus CMVD2b-infected plants. H2O2 levels were not elevated in CMV-infected tobacco plant strains which were deficient in the induction of ROS production and aphid behavior was unchanged on these strains. These results suggest that CMV uses its viral suppressor of RNAi protein to increase plant ROS levels, thereby enhancing its acquisition and transmission by vector insects. 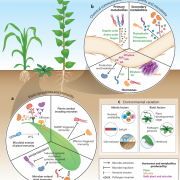 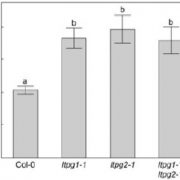 Auxin Function in a Brown Alga
Scroll to top