By Xiaohang Cheng and Magdalena Bezanilla

Background: Unlike animals, plants can’t simply run away from their surroundings. To adapt, they must change their growth pattern. Polarity at the tissue level is important for patterning the plant in relation to the land, and at the cellular level to achieve specific goals such as sexual reproduction and nutrient uptake. ROP, a small GTPase, is a critical regulator of plant polarity. To gain an in-depth perspective into ROP function, it is essential to be able to visualize the dynamics of the functional ROP protein in living cells as the plant grows and develops. The most common method to visualize proteins in living samples is to generate a fluorescent fusion protein. However, it can be challenging to ensure that the fluorescent protein has not influenced or altered the original function of the protein under investigation. 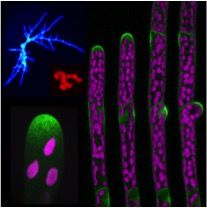 Question: We wanted to know if we could make a fully functional fluorescent fusion protein for ROP and investigate its localization spatially and temporally during development.

Findings: We succeeded in generating a fully functional fluorescent fusion of ROP by inserting the fluorescent protein gene in the middle of the ROP open reading frame in the genome of the model moss Physcomitrium (Physcomitrella) patens. In the absence of all endogenous ROP proteins, the ROP fusion protein drove normal plant growth and development. In contrast to non-functional fusions proteins, the functional ROP fusion protein formed a very steep gradient at the growing apex of the cell. In cells that have recently divided, the cytoskeleton is required to maintain apical ROP localization. Strikingly, ROP predicts future growth sites 1–2 cell cycles before the establishment of growth; ROP mutants failed to establish polarity, produce new polarized growth sites, or maintain proper patterning at the tissue level.

Next steps: Our work linked ROP to several important events during plant development. Exactly where and how ROP is activated remain open questions. The simultaneous imaging of functional ROP regulators and effectors during growth and development will provide answers to how ROP implements polarity and coordinates this polarity with the cell cycle. 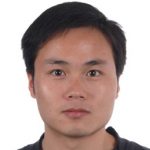 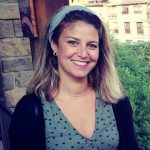