A common plant response to a variety of stresses is an influx of calcium (Ca2+) ions followed by an apoplastic burst of reactive oxygen species (ROS). This ROS burst is generated by Ca2+-dependent plasma membrane NADPH oxidases. A rapid increase in the NADP(H)

pool size may be required to sustain the ROS burst. NADP+ production in plants has long been known to involve a calmodulin (CaM)/Ca2+-dependent NAD+ kinase.  The NADP+ produced by this enzyme is converted to NADPH (the substrate of NADPH oxidases) by NADP-isocitrate dehydrogenase or by the reducing branch of the oxidative pentose phosphate pathway. Surprisingly, however, relatively little is known about CaM/Ca2+-dependent NAD+ kinases in plants. Here, Dell’Aglio et al. (10.1104/pp.19.00912) report the characterization of an Arabidopsis (Arabidopsis thaliana) CaM/Ca2+-dependent NAD+ kinase that displays all the properties of the elusive enzyme. By means of proteomic, biochemical, molecular, and in vivo analyses, the authors have successfully identified an Arabidopsis protein that catalyzes NADP+ production exclusively in the presence of CaM/Ca2+. This enzyme, which they have named NAD kinase-CaM dependent (NADKc), has a CaM-binding peptide located in its N-terminal region and displays peculiar biochemical properties as well as different domain organization compared with other known plant NAD+ kinases. In response to a pathogen elicitor (flagellin22), the activity of NADKc, which is associated with the mitochondrial periphery, contributes to an increase in the cellular NADP+ concentration and to the amplification of the elicitor-induced oxidative burst. The authors propose that NADKc represents the missing link between Ca2+ signaling, metabolism, and the oxidative burst. 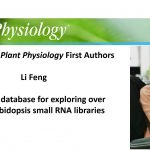 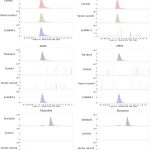